The Romancing Reality post of February 7 included two abstract photographs taken in Florida in 2007. This post includes a few more abstracts, some wildlife photographs, and at the end, a still life. Some transitions between photographs are obscure; some are frankly forced; and one might even be seen as gruesome. As you may be able to tell, I had fun sequencing these photos. The task was also useful in creating a somewhat coherent collection. If a photo wouldn’t fit in no matter how I contorted my thinking, out it went. This post started with 31 photographs. Ten simply would not shoehorn themselves into the array. So you are left with a more manageable group of 21 photos to peruse.

1 A historic building on Anna Maria Island was closed to the public on the day I visited. Looking through one window at another offered the unexpected photographic advantages of reflections and distortions.

2 Before I became seduced by photography I never thought grass could be so interesting. This bunch was in the Myakka River State Park.

3 This grass was in Sarasota’s South Lido Park.

4 This clump of grass was growing up against a metal-clad building south of town.

5 Superficially, a palm frond might not resemble a blade of grass but a palm tree has more in common genetically with grass than with, say, an oak tree. Palms and grassses—along with sedges, grains, bamboos, corn, rice, lilies, orchids, and many other flowering plants—are monocots. Oaks, elms, maples, and sycamores, among many other trees, are dicots. What are monocots and dicots? The USDA gives a simple explanation. 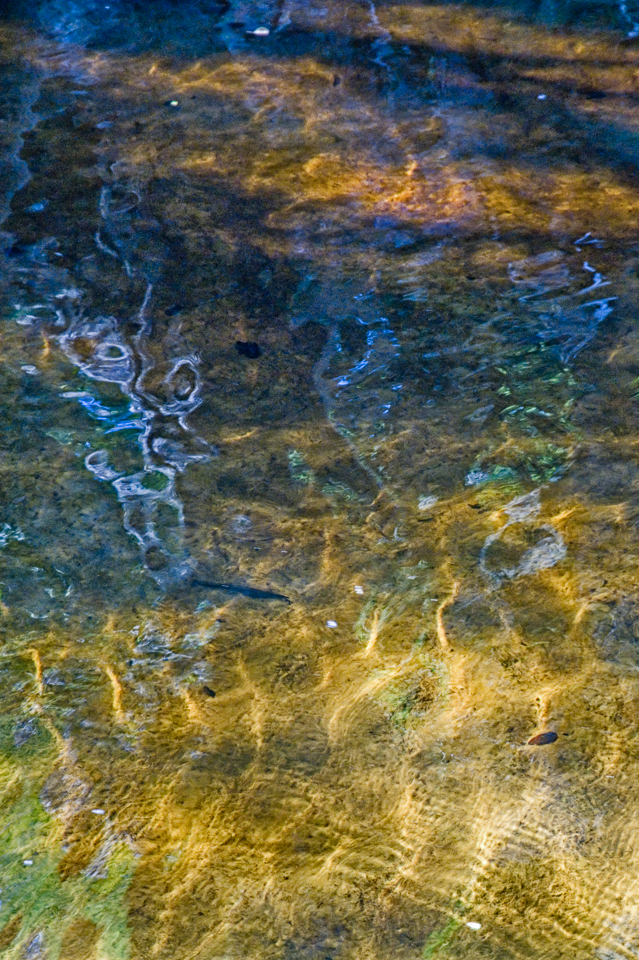 6 I see the palm frond in the previous photograph as flowing down the picture plane. A Myakka River tributary flows across property then owned by my friend Jean.

7 Keeping with the water theme of #6 (yes, I’m pushing it), here is a detail of an old boat hull in Cortez, Florida.

8 Here’s a detail of another old boat hull in Cortez. 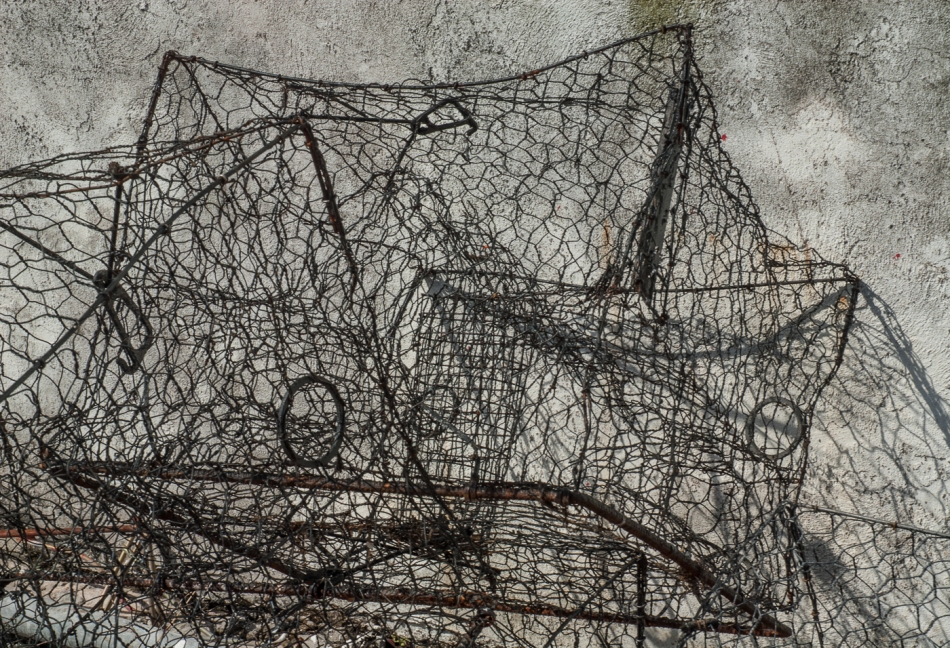 9 Many Cortez residents make their living fishing and by catching crabs with traps like these. 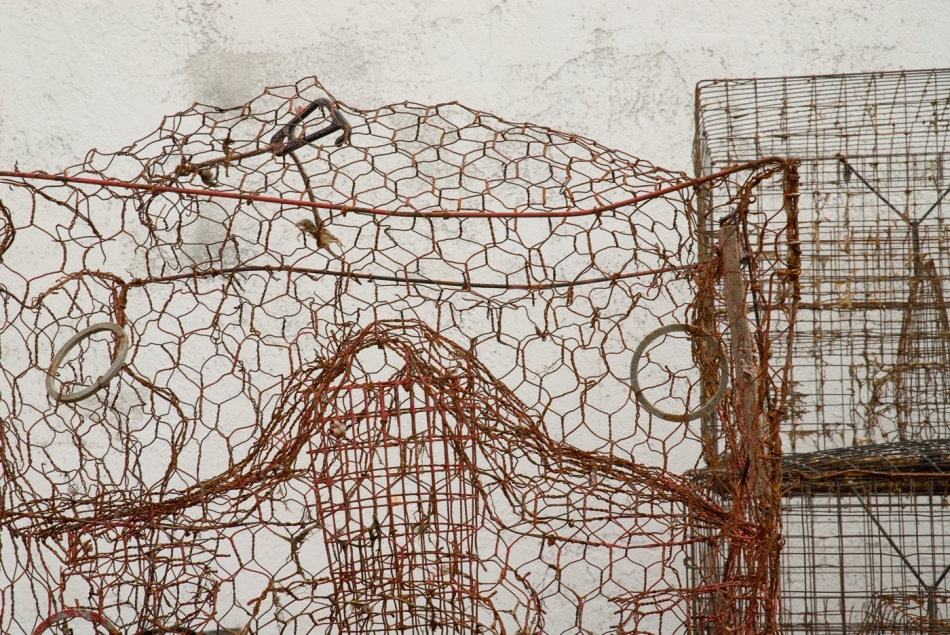 11 These fiddler crabs in South Lido Park are only a few inches—or less—across. I don’t think humans catch them, but I have seen egret or Great Blue Heron footprints in their territory. 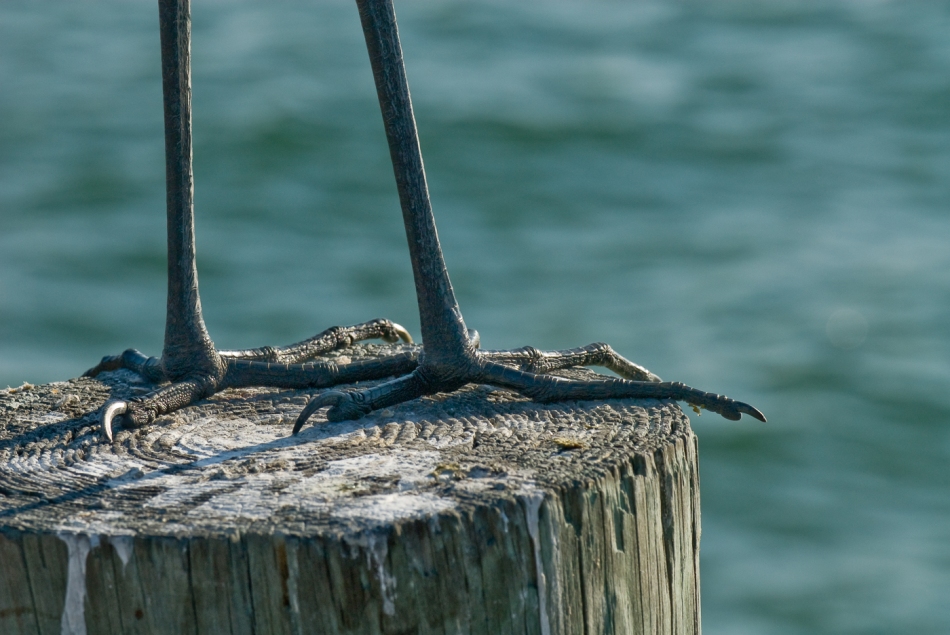 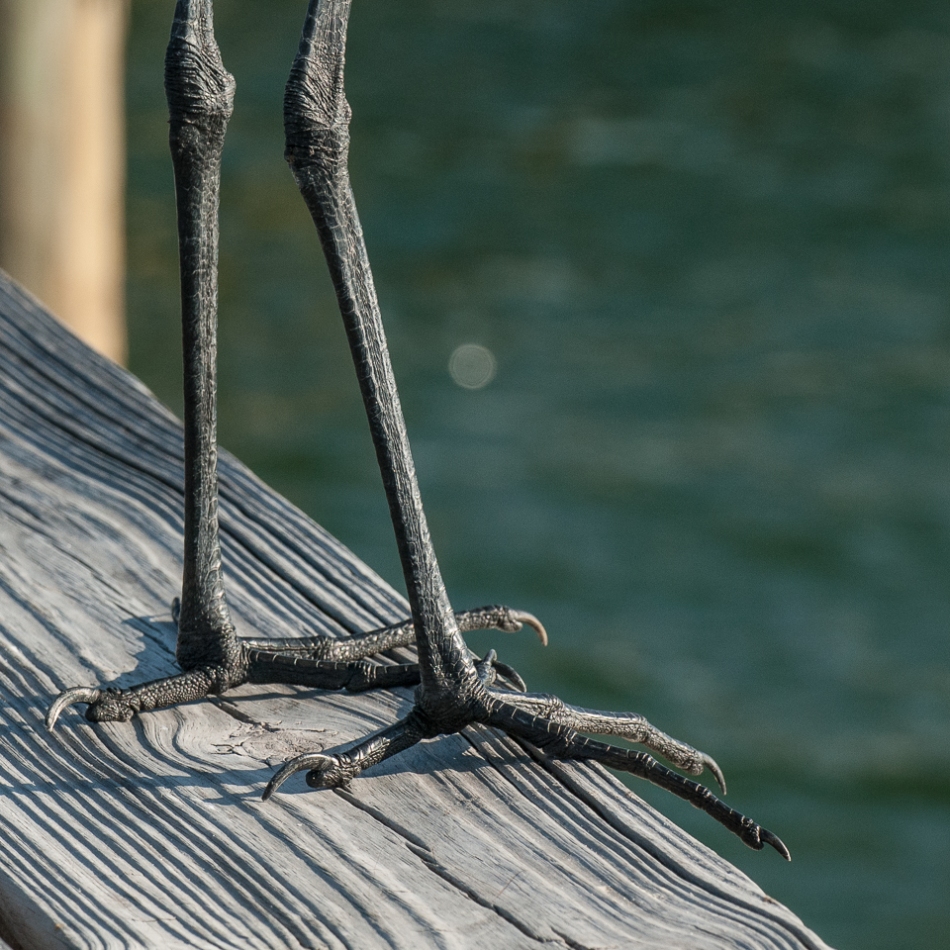 15 What look like knees on this Great Egret—I learned this morning from my friend Lynda—are really ankles. Lynda shared a photograph of a Great Blue Heron in a pose that made him look as if he were bending his knees backwards. (See #16, used with Lynda’s permission.) Lynda explains: “Great Blue Herons are digitigrades, as are all wading birds, cats, dogs, and hyenas. It means they walk on their toes, rather than put their flat foot to the ground while walking.” The bird’s knees are “tucked up right by its body facing the same direction that human knees do,” says Lynda.

17 The Snowy Egret has yellow feet. 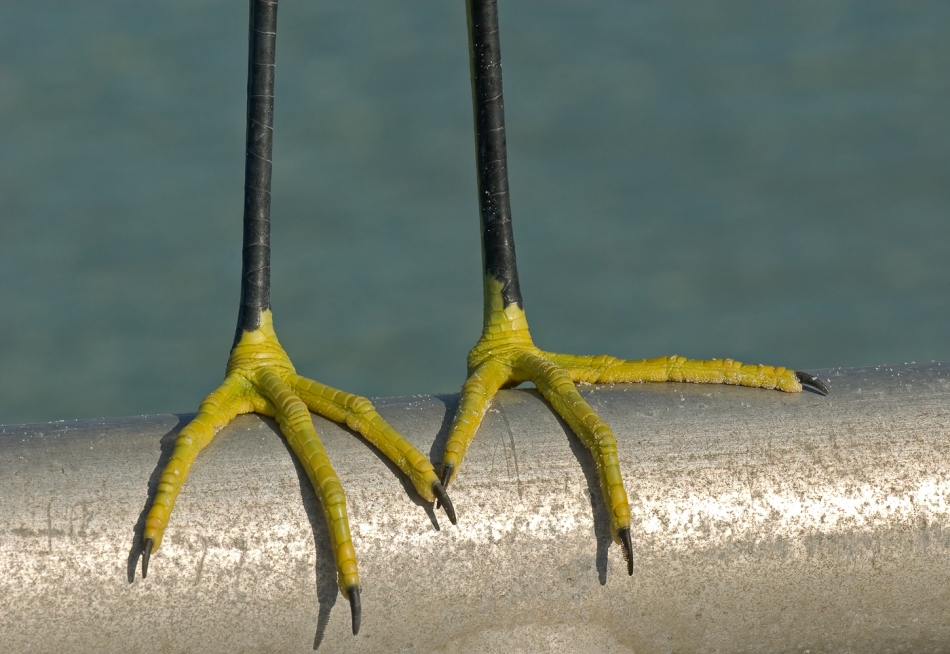 18 Bird Watcher’s Digest says that while fishing in shallow water their yellow feet “may serve to catch the eye of fish and other creatures, drawing them closer or stalling them so the egret can strike.”

19 Most photographers are interested in more than the feet.

20 The Great Blue Heron in South Lido Park was probably hoping to find a meal in this temporary lagoon.

21 Back in Cortez: fishing nets.