Part 1 of A Corn Saga presented photographs taken between May 25 and August 24, 2008, of a cornfield near my then-home in northern Ohio. Part 2 of the saga starts August 24 and continues through November 2. 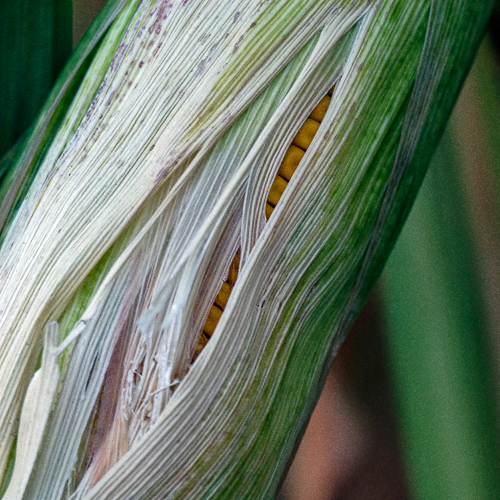 1 By August 24 the corn looked ripe for picking, and I wondered why it had not been picked yet. That’s when David told me that field corn is harvested much later than sweet corn because it needs to dry. 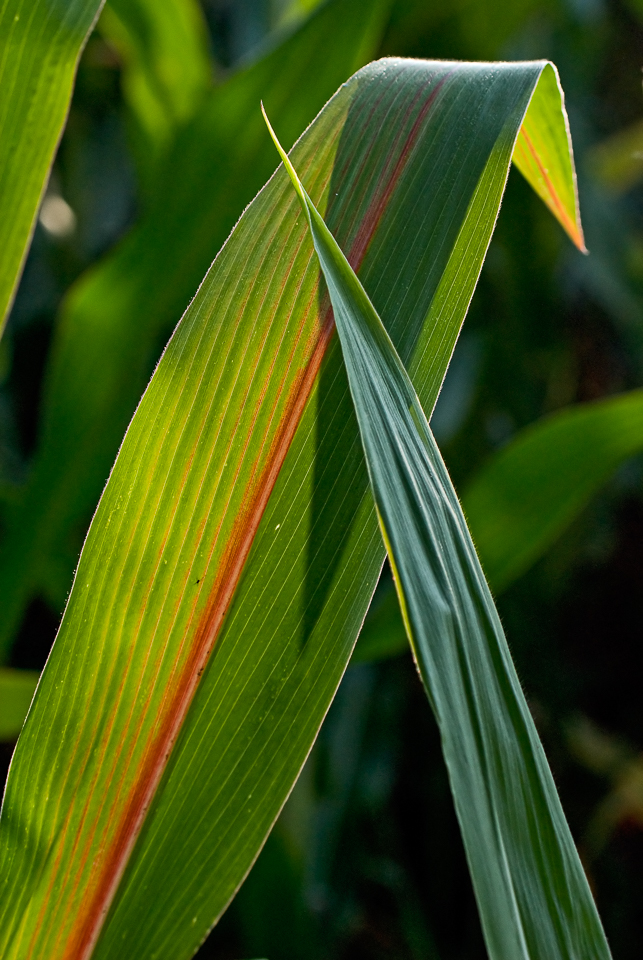 2 The big white stripe in the green leaves had turned orange by August 24. The large stripes are the leaves’ midveins, David says.

3 Some whole leaves had turned orange. 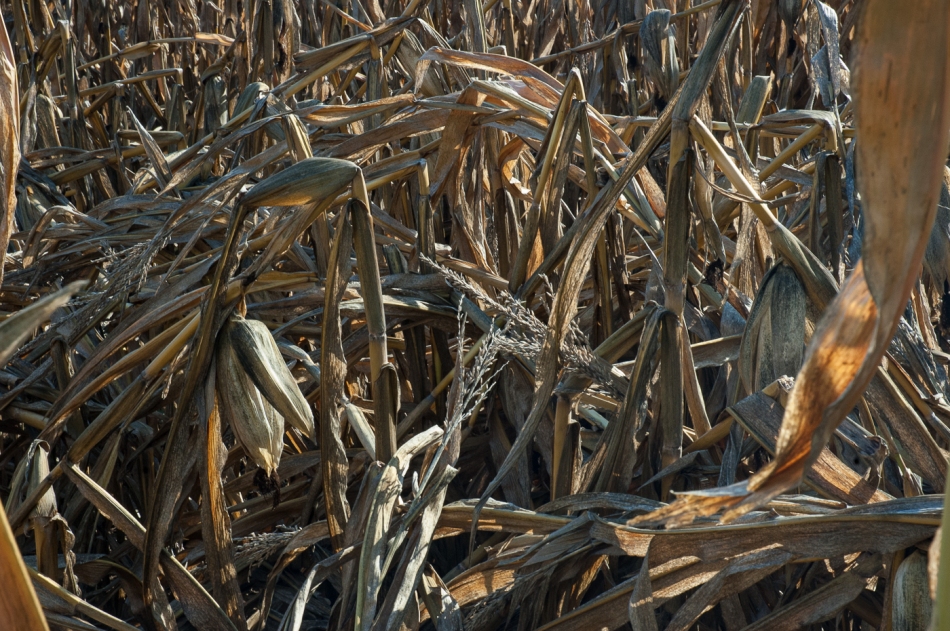 4 Nearly a month passed before I photographed the cornfield again. By September 20 the field was primarily shades of brown.

5 But only primarily. Subtle color was everywhere. 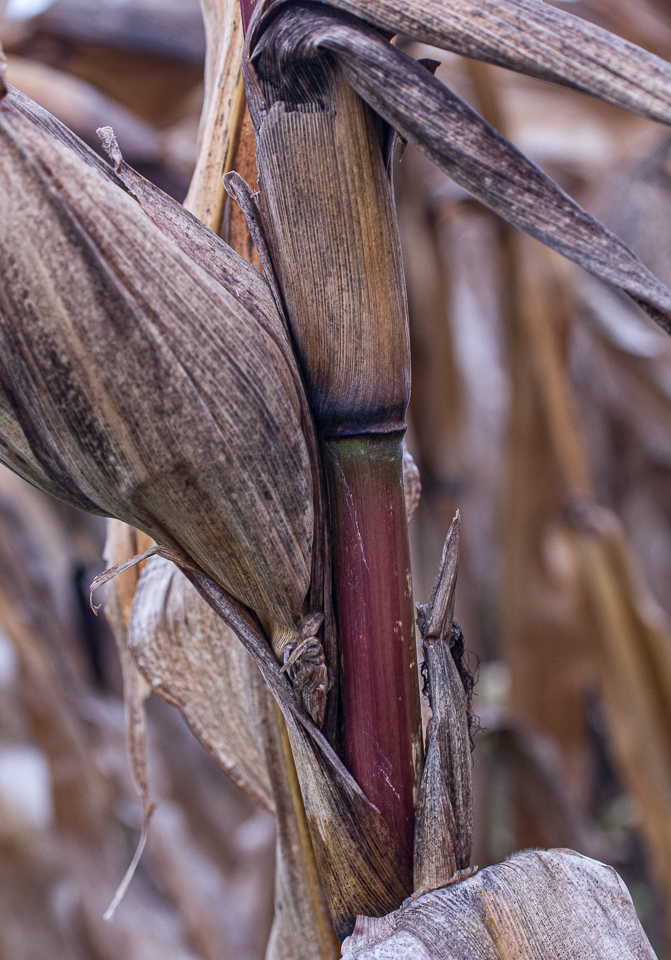 6 About a month later, on October 25, it could still be found.

7 By then, the most of the ears of corn had reversed direction on the stalks. They now pointed downwards. 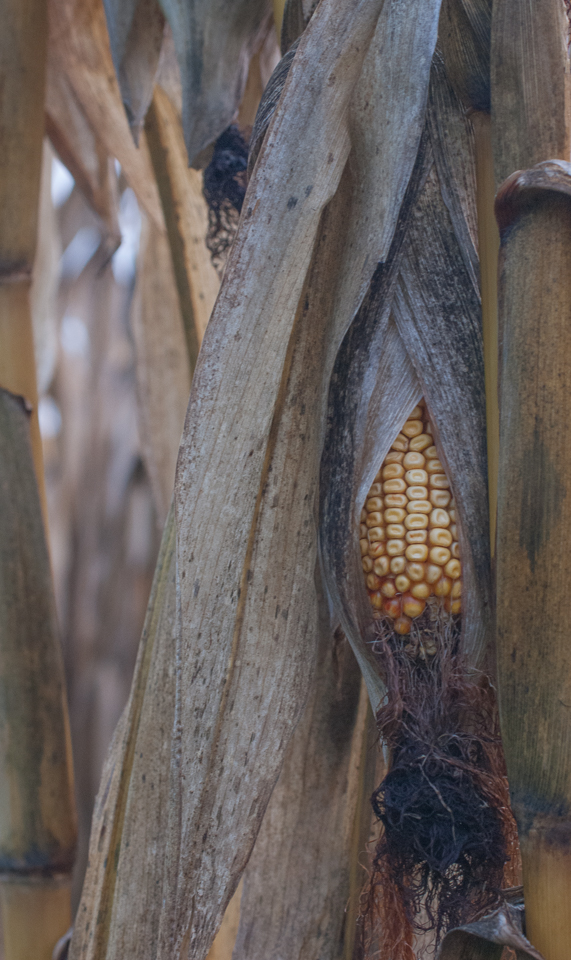 8 Of course I asked David why the ears pointed downward, and he said he thought it was because the connecting end of the cob had gotten too weak due to senescence to support the ear upright.

9 The colors and forms of senescing corn leaves are varied. 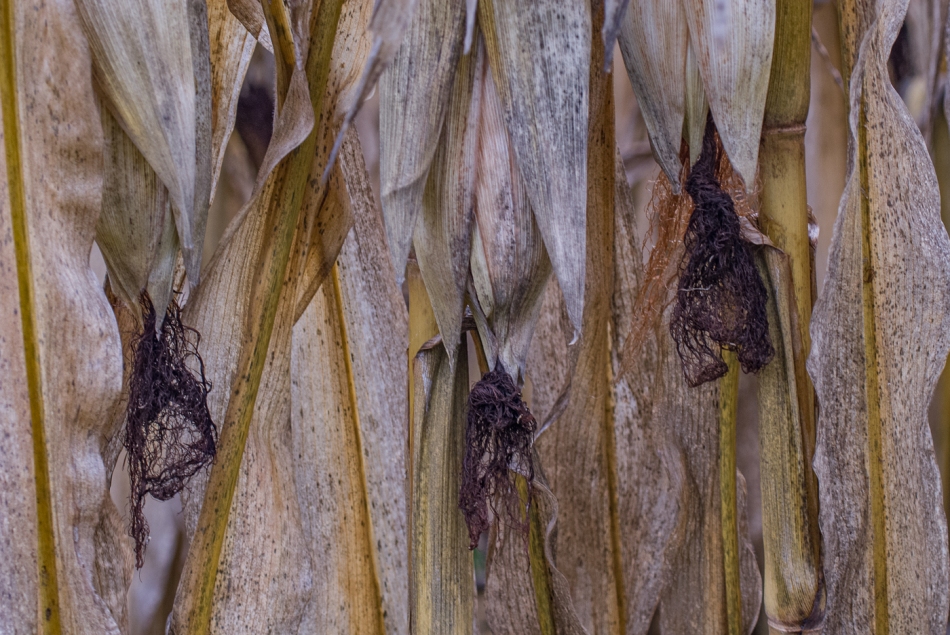 10 Some of the coloring is due to fungus, David says.

11 Here’s an ear still pointing up.

12 The ears’ pointing down is convenient because the husks help keep the kernels dry.

13 The drying won’t occur until the plant is dead. 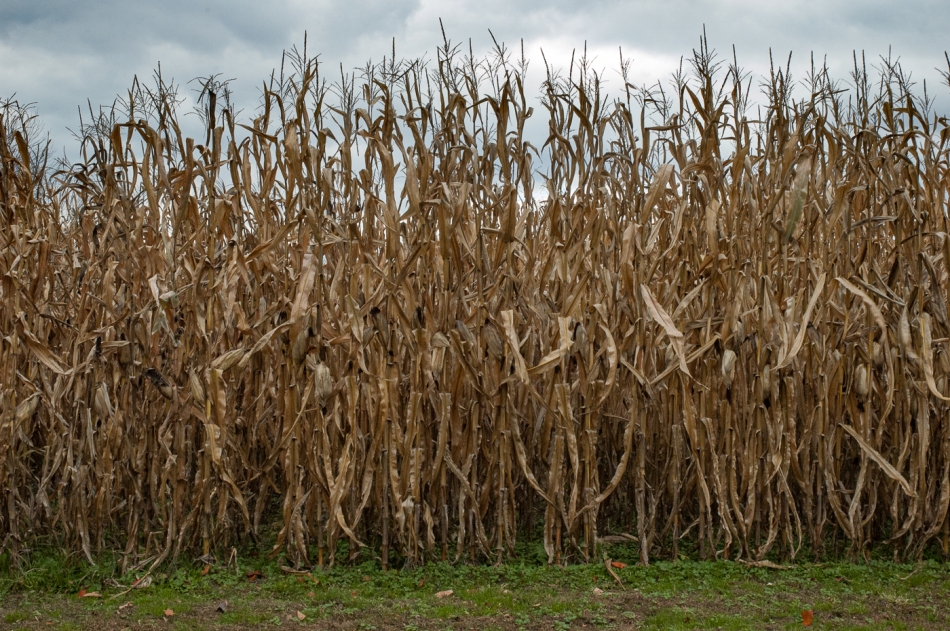 14 Photographs 6 through 15 were all taken around the same time October 25. I can’t account for the variety in color.

15 By October 25 the prop roots were no longer pliable but woody. They had served their purpose and died with the rest of the plant.

16 By November 2 the crop had been harvested and the stalks cut down.

17 Some husks were visible on the ground.

18 The cobs, shorn of their kernels, provided the last touch of bright color.