Except When I Do

Many of you know that I don’t photograph flowers—except when I do. Two photographs of flowers play bookends here to the rest of my haul from walking in Schoepfle Garden a week ago Saturday. In between are lichens on a low retaining wall and some favorite trees along the Vermilion River. Elsewhere in the park, I wasn’t surprised to see this stump; the tree had been visibly ailing. But I was surprised that someone had painted the edges of the stump with orange paint. Drawing closer, however, I saw that it wasn’t orange paint but a bright-orange fungus. None of my photographs of the fungus up close came out. I wonder if the brightness could have thrown off my camera’s focussing ability. Had I done more chimping, I might have noticed that the fungus was not in focus. Maybe I would even have thought to try manual focus. At least the section of the stump that is spalted turned out. The next photograph is in monotone because it was too confusing in color. Moving in, thus cutting down on the number of elements in the frame, the subject could handle color. I found some Leptothrix discophora along the river, but we’ve had so much rain that it was quite young (previous films having been washed down toward Lake Erie) and probably is all gone by now. Even though this film is very young, you know you’re looking at L. discophora when the water reflects the surrounding foliage so brilliantly. The opening flower photograph is of dogwood, but I don’t know the name of the closing flower. Maybe one or more of you do. The last image is a crop of the previous one. Click on it to see it larger. 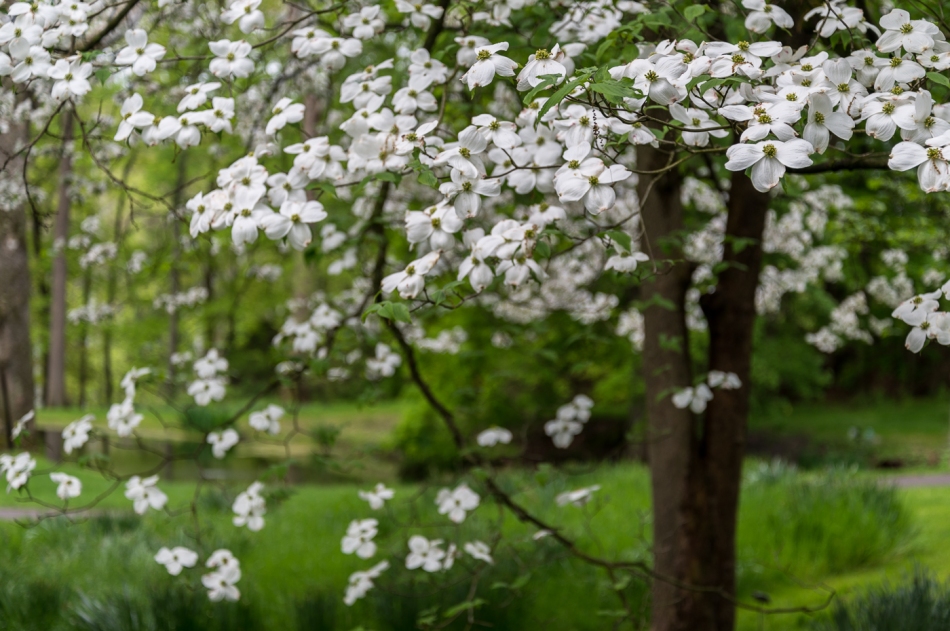 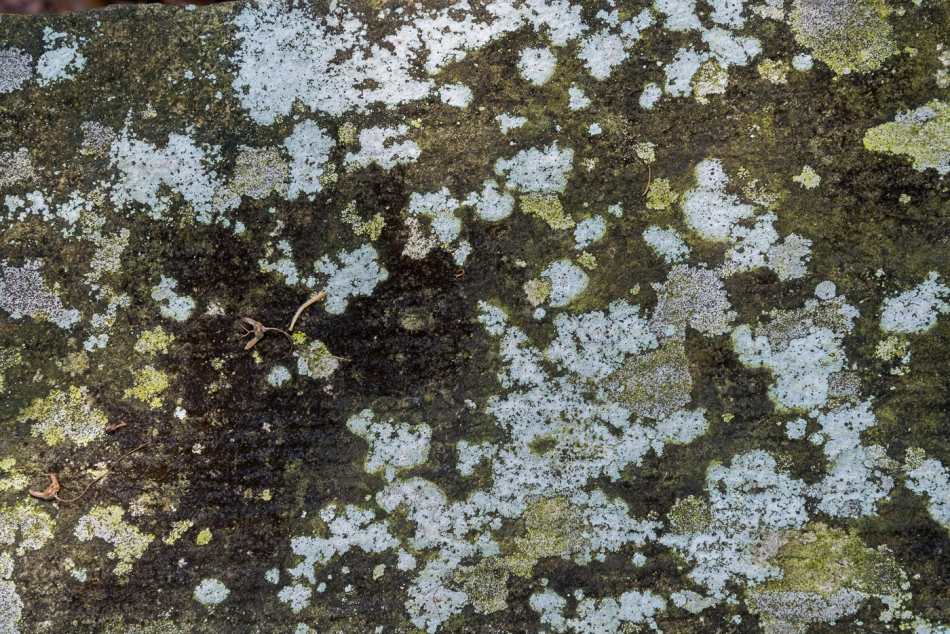 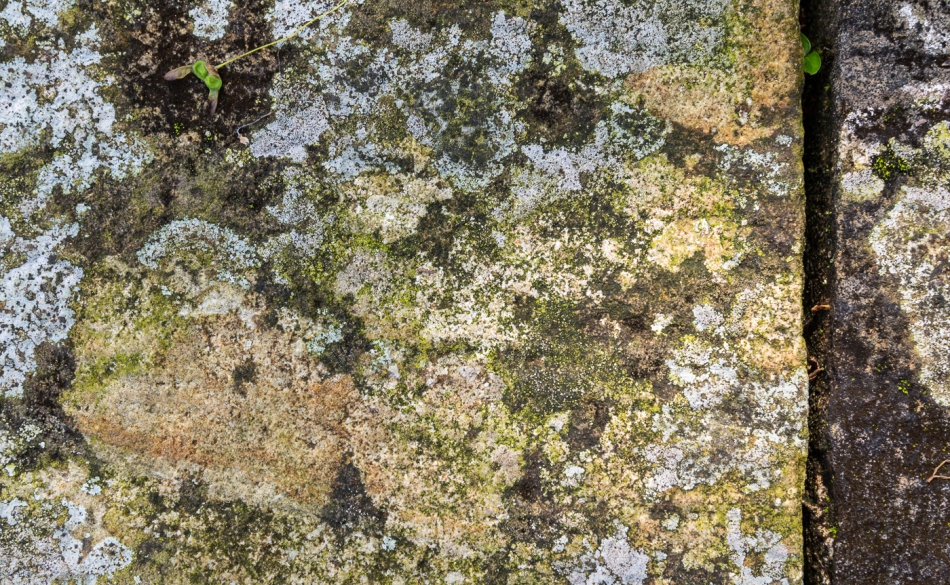 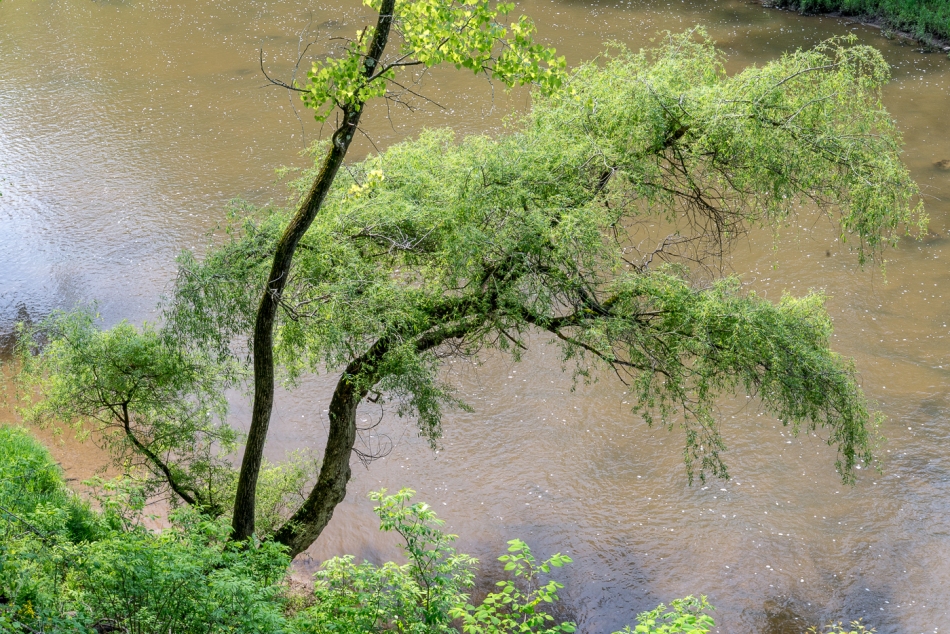 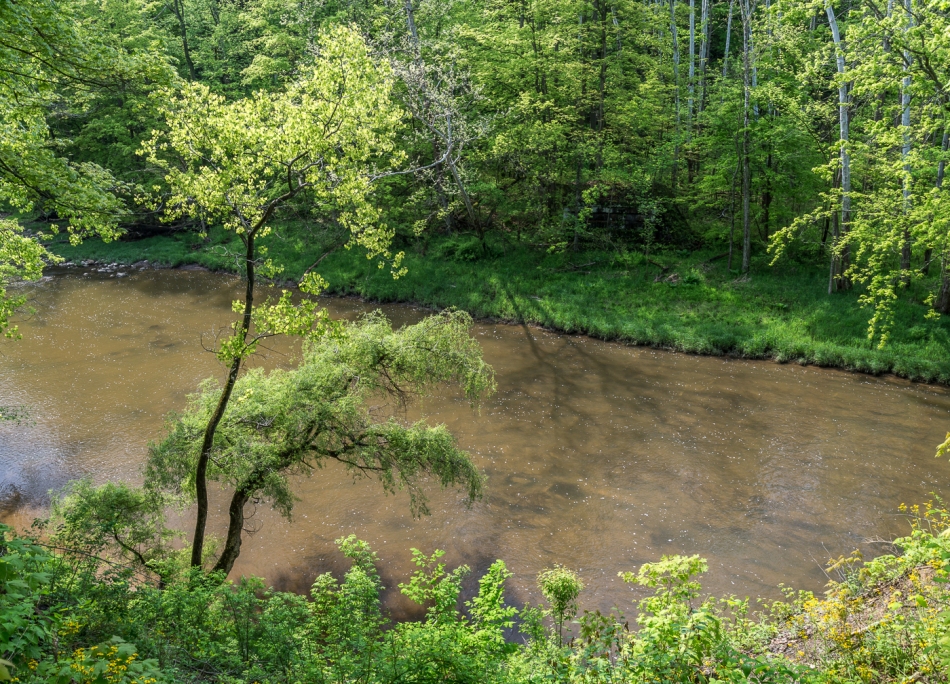 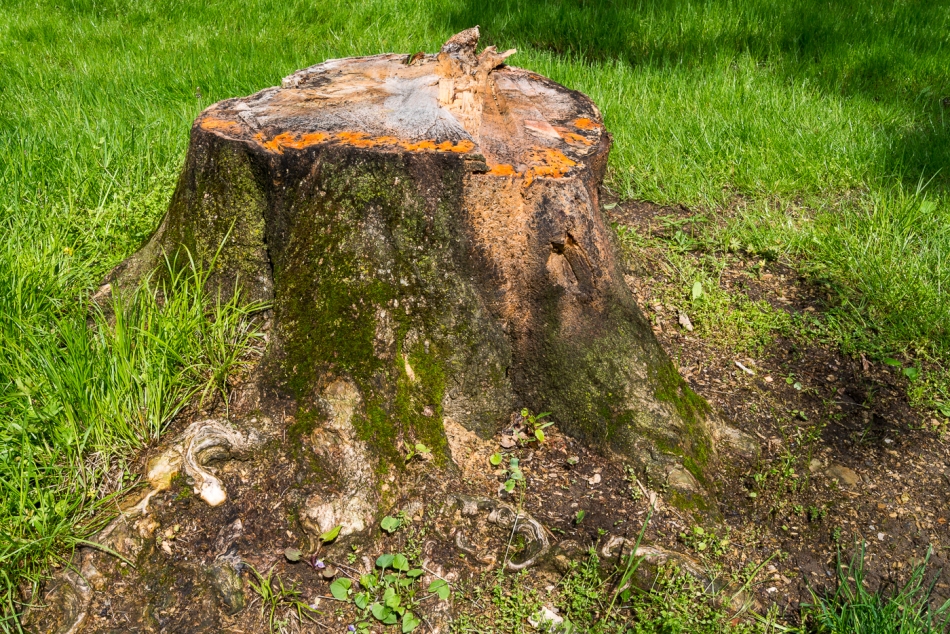 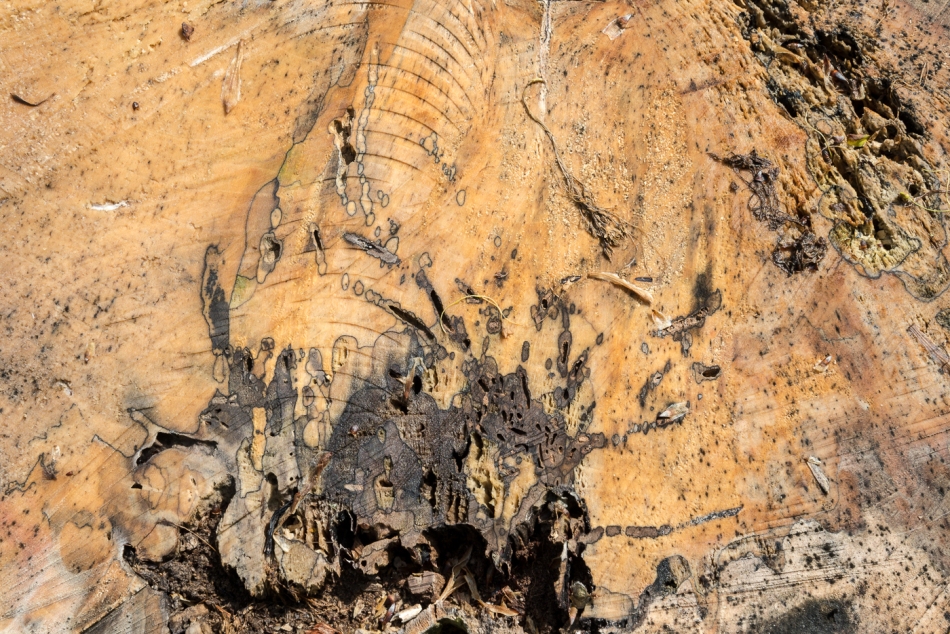 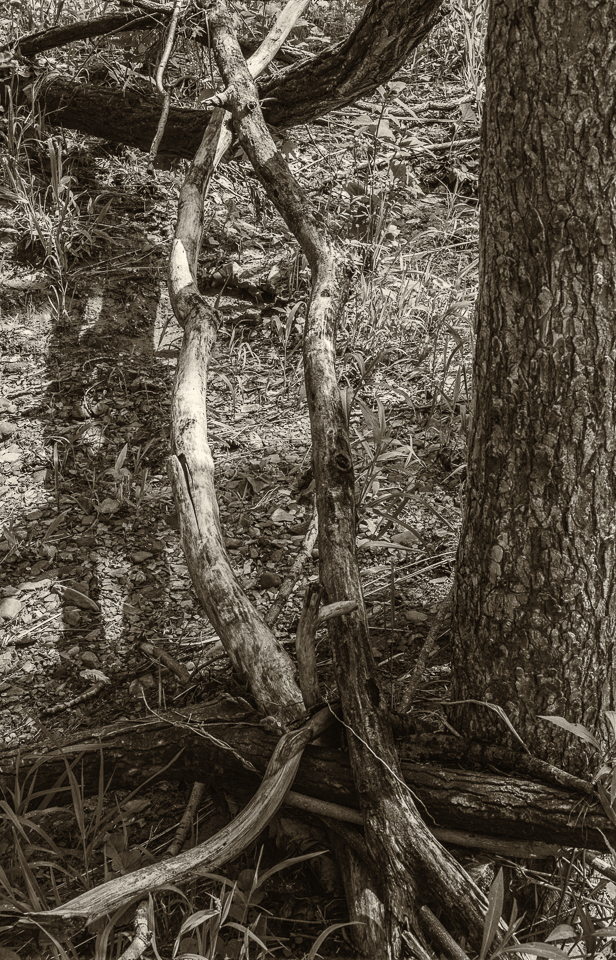 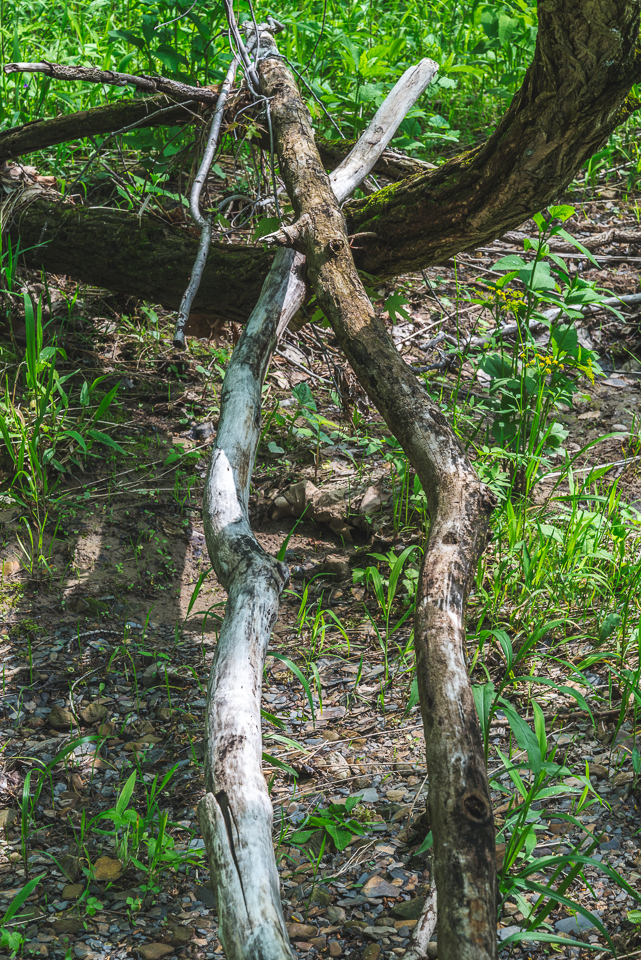 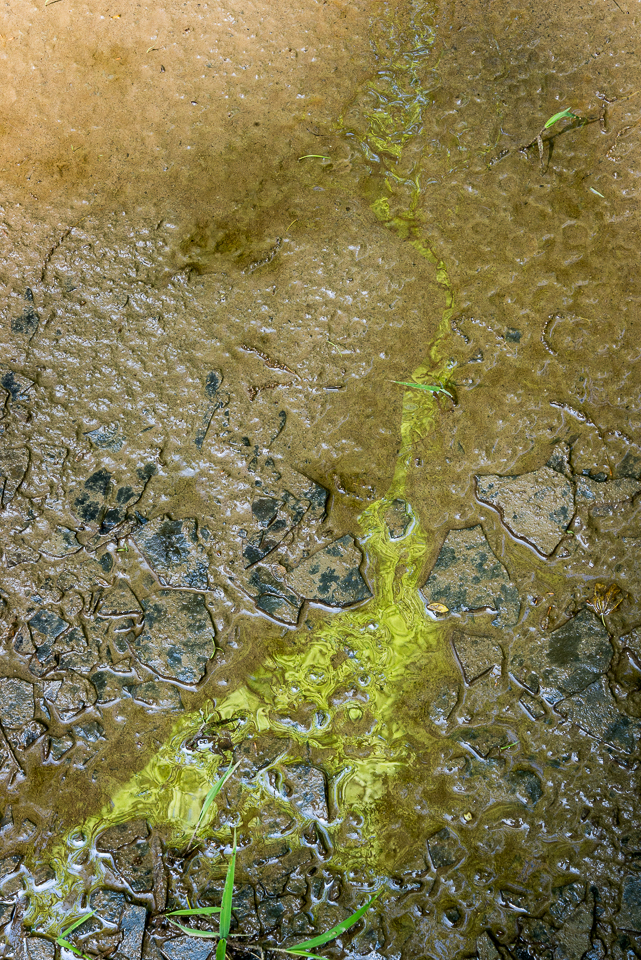 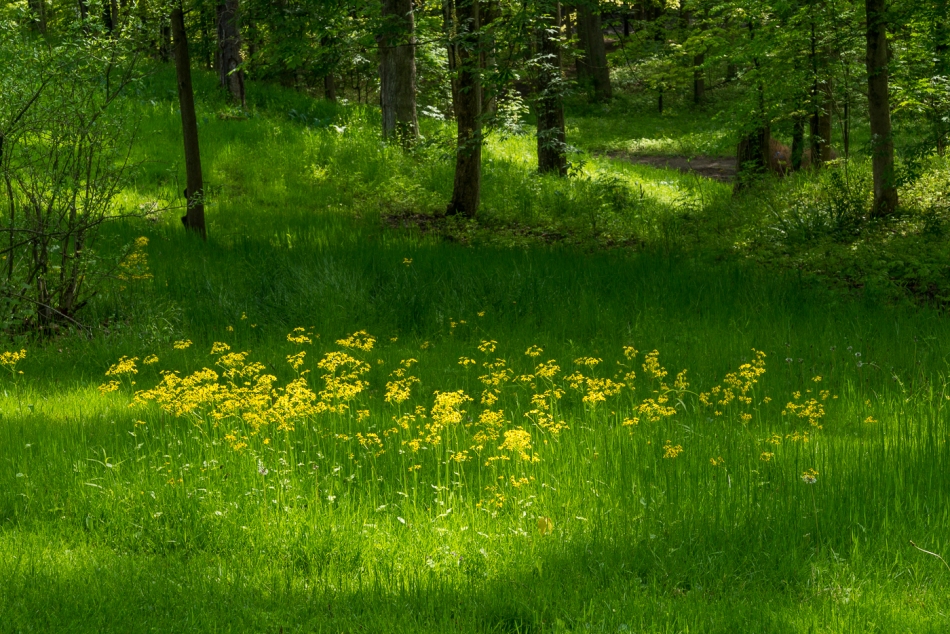 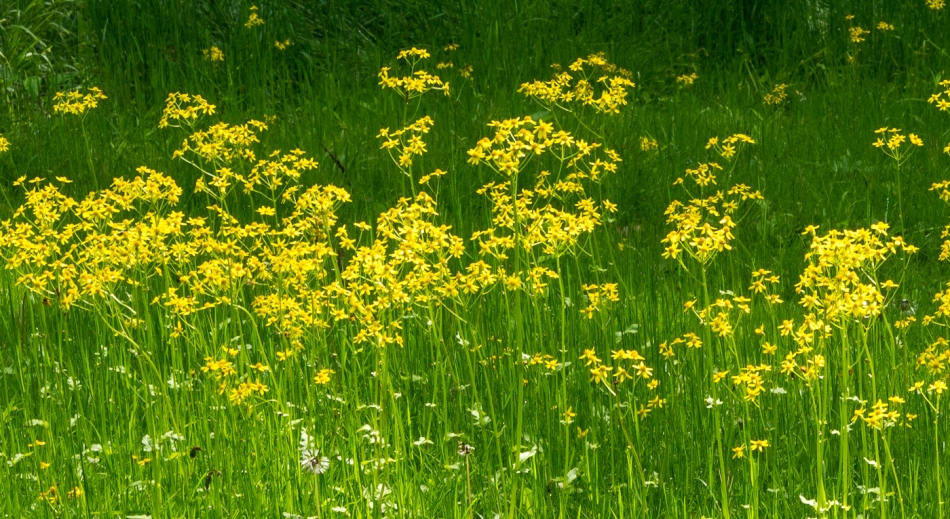 This entry was posted on May 28, 2019 by Linda Grashoff. It was filed under Flowers, Lichens, Stump and was tagged with Leptothrix discophora, nature, photography, reflection, Schoepfle Garden, trees.