Tuesday was my first trip to Schoepfle Garden since October. As expected, the river was running pretty high, so I didn’t get down to some of my favorite spots, but it was good to be back. 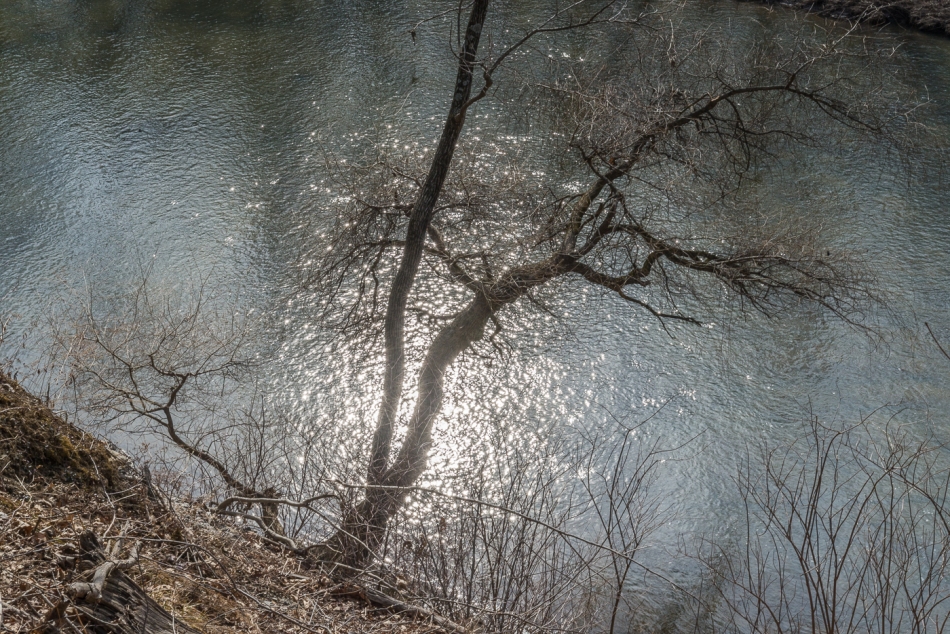 1 The pale-blue sky, reflected in the river in this photograph of one of my favorite willows, was one of the few spots of color. 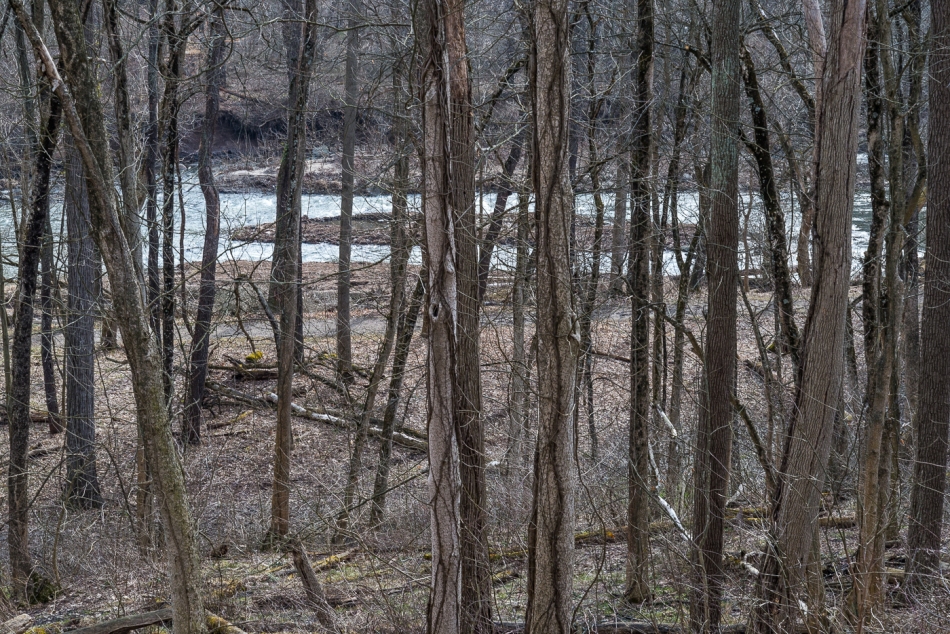 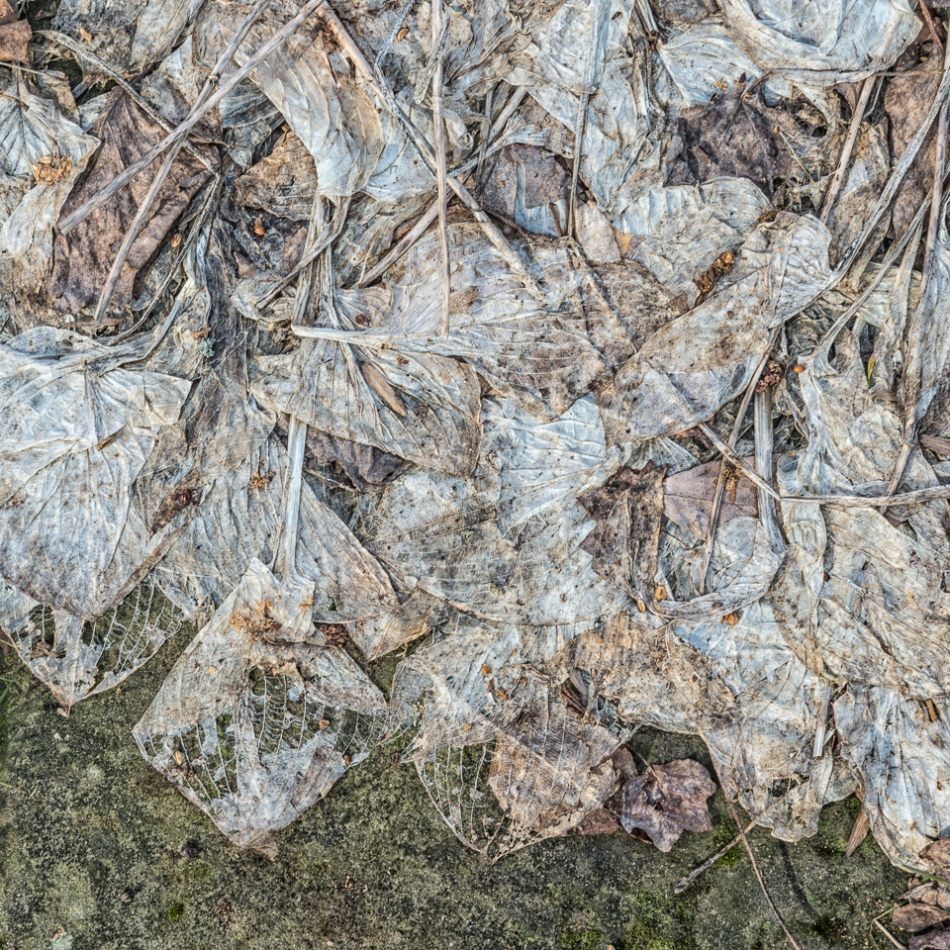 3 Hosta leaves have always appealed to me more in this state than in their green mode. 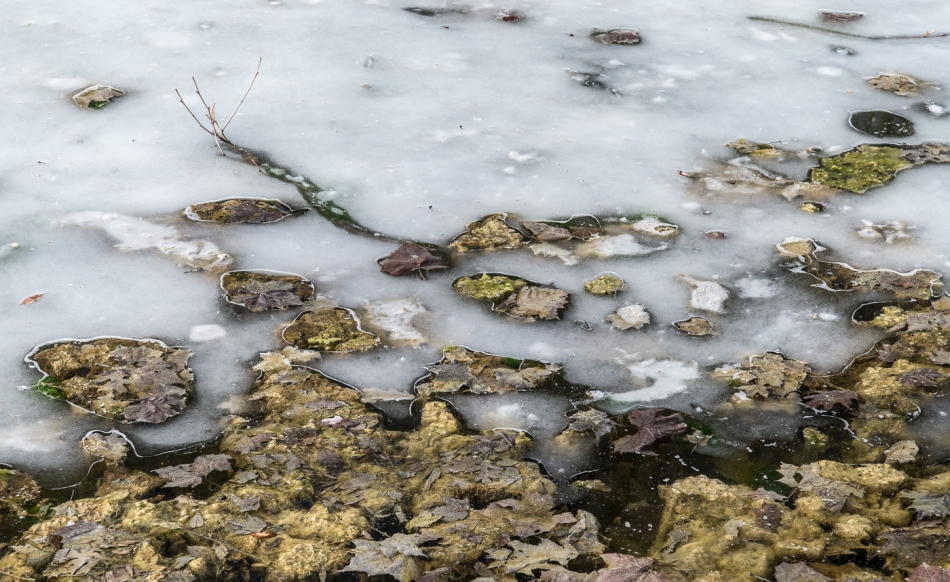 4 Melting ice on the Back Pond revealed last autumn’s leaves and this season’s algae, resulting in khaki coloring. 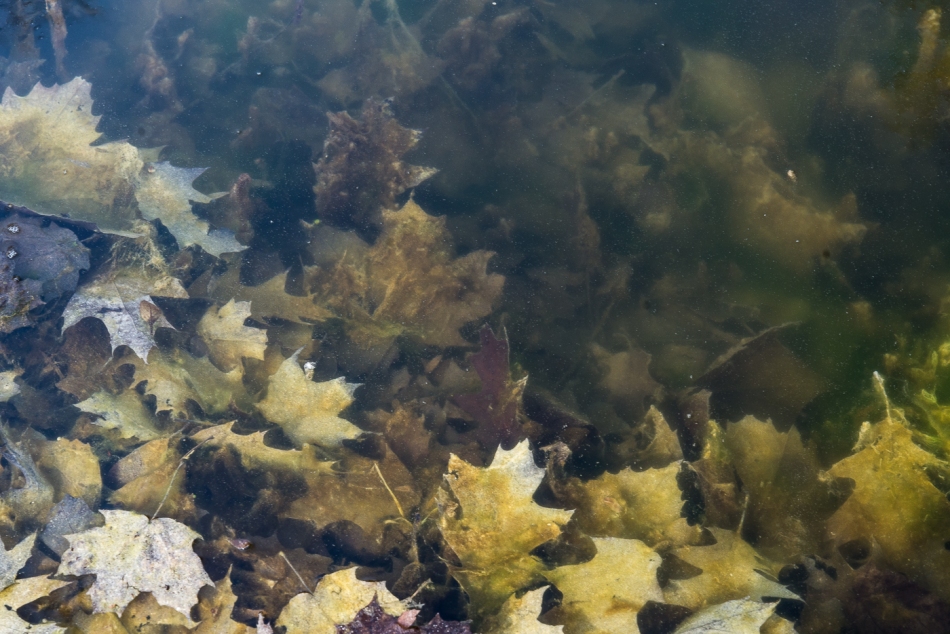 5 The Back Pond seems to be a gathering place for old leaves. The algae won’t stay this visible in the pond for long. 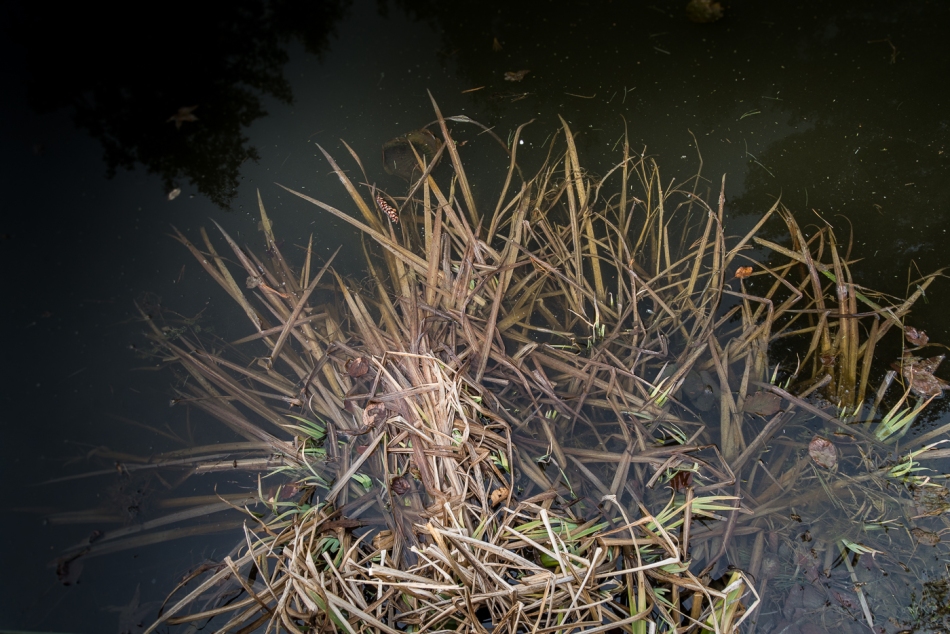 6 The brown foliage of Iris Pseudacorus in the Front Pond is being supplanted by new green leaves. The plant is invasive but tolerated in moderate numbers at Schoepfle, maybe because it is so pretty. 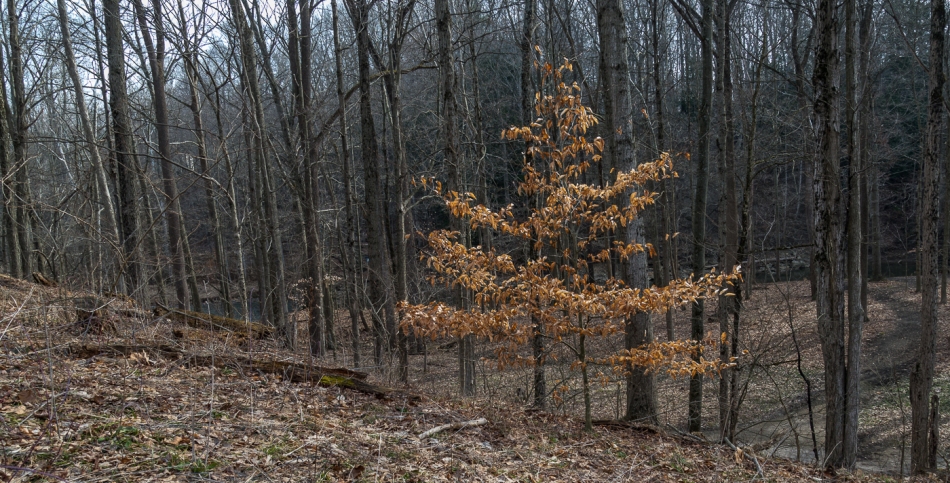 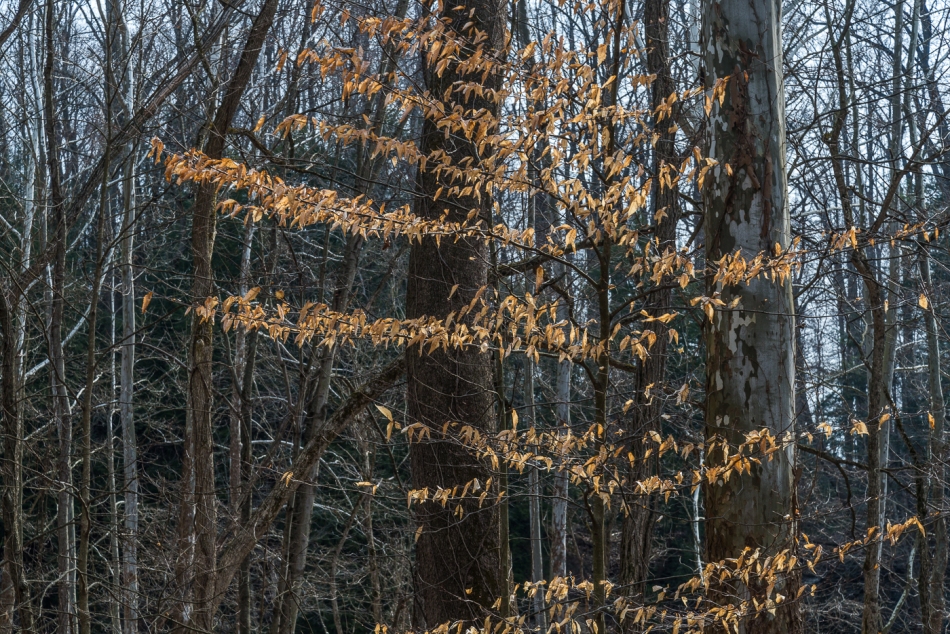 8 There’s an interesting story behind beech leaves’ clinging to the branches through winter. 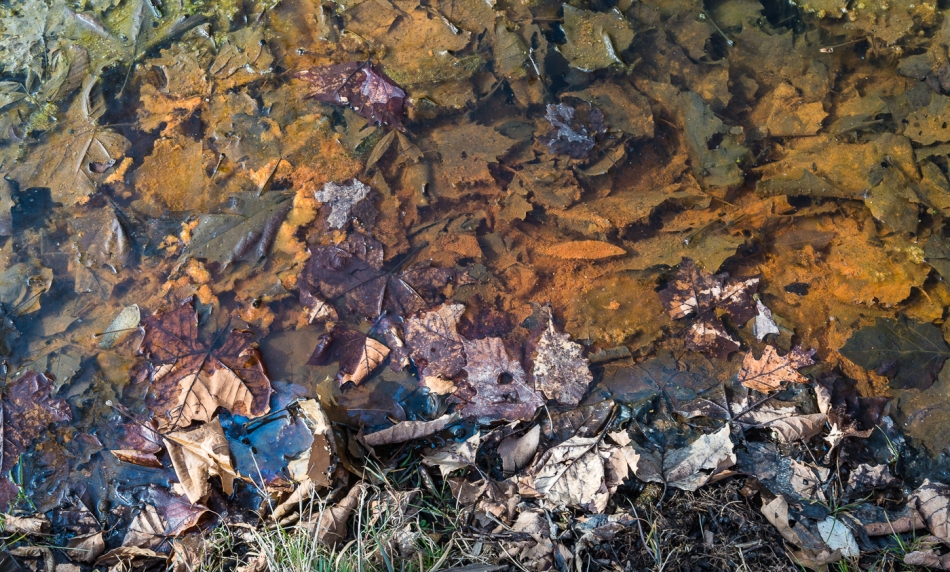 9 Around here the year’s first films of Leptothrix discophora (the blue colors on top of the water in this photograph of the Back Pond) usually don’t form until May. So I was not expecting to see them. I didn’t question my perception for long, seeing also the nearby telltale iron-oxide precipitates—another sign of the iron bacteria at work. (About seven years ago the National Public Radio show Living on Earth ran an interesting segment on the iron bacteria, just FYI.)