Another Tour of My Community

Saturday I was delighted to gear up and go out with the camera. It’s nice when an experience can begin with delight. I think that sometimes I start with fear: that my back will hurt, that I’ll get worn out too fast, that I won’t engage my sight artistically. None of that Saturday. I came home excited about what I’d found and was not disappointed after downloading. (And I did not get worn out, and my back recovered quickly. Win, win, win, win, win.) Here’s what I saw.

1 Every once in a while, I feel as if an image has called out to me—as if I were about to look somewhere else when an object or a scene said, “Here I am! Take me!” The call came to me in the groundskeeping yard.

2 That’s not to say I mind searching for something to photograph. That’s what I was doing when I found this unidentified thing in a dumpster around the corner from the fencing. 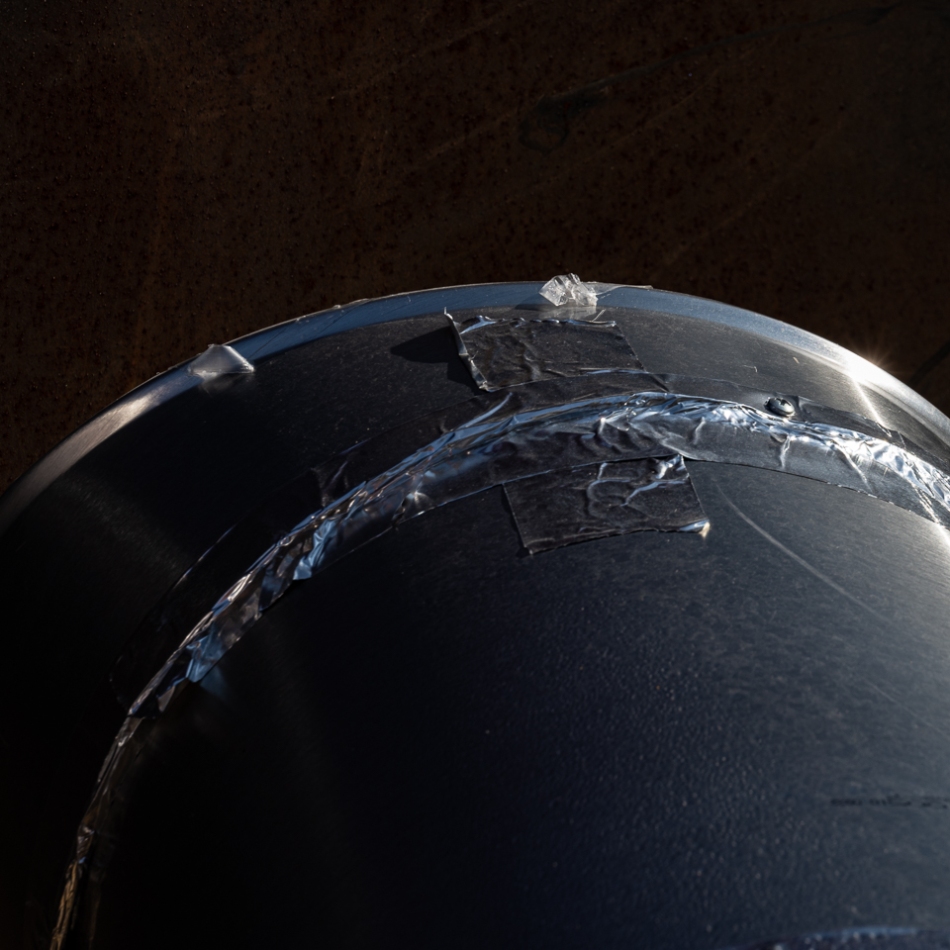 3 The same thing looked different from the other side.

4 A fallen maple leaf interrupts grids of the built environment.

6 Looking over the railing of the walkway, what should I see in the vernal pool below but evidence of my old pal Leptothrix discophora. This film is pretty young, so its colors haven’t developed. The film starts out as thick as only one cell of the microbe, when it’s this pale silvery blue. But the film bunches up when the organisms reproduce and can’t spread out (because its siblings are in the way, for example), so the film gets thicker and more colorful. The colors indicate the thickness of the film, sometimes going through the whole ROYGBIV sequence before being diluted by rain or washing downriver. All thin films, including soap bubbles, follow this sequence. 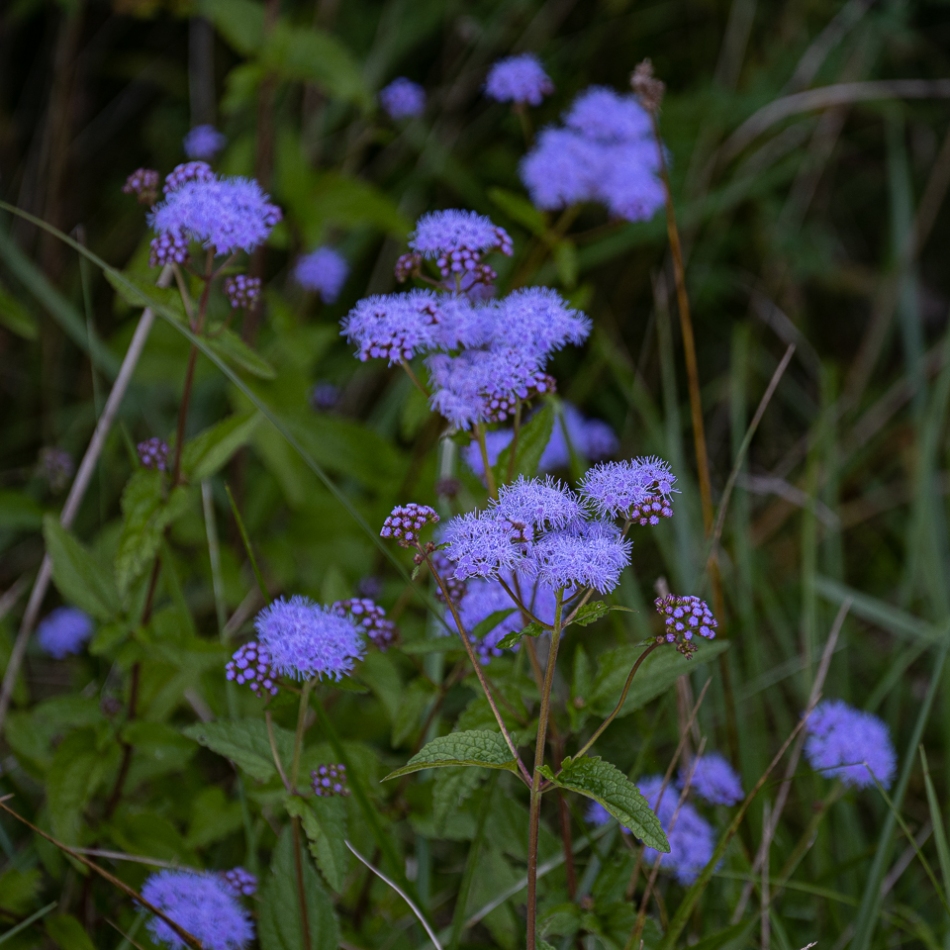 7 Speaking of color, this blue purple has to be one of my absolute favorites. Someone is going to want to know what this flower is. It’s an ageratum. Even David, my resident botanist, doesn’t know what species. It’s all over the place around here this year. Lucky us.

8 This gorgeous creature, a bald- or white-faced hornet (Dolichovespula maculata) is not, I have learned, really a hornet. It’s a yellowjacket wasp, here sampling some goldenrod.

9 Is it any wonder that some of the words to Love Is a Many-Splendored Thing ran through my mind as I walked the ridge of Wildflower Hill? Not that our hill is high . . .

10 Another unknown, appearing for the first time—at least in the five years I’ve lived here—is this sunflower relative. 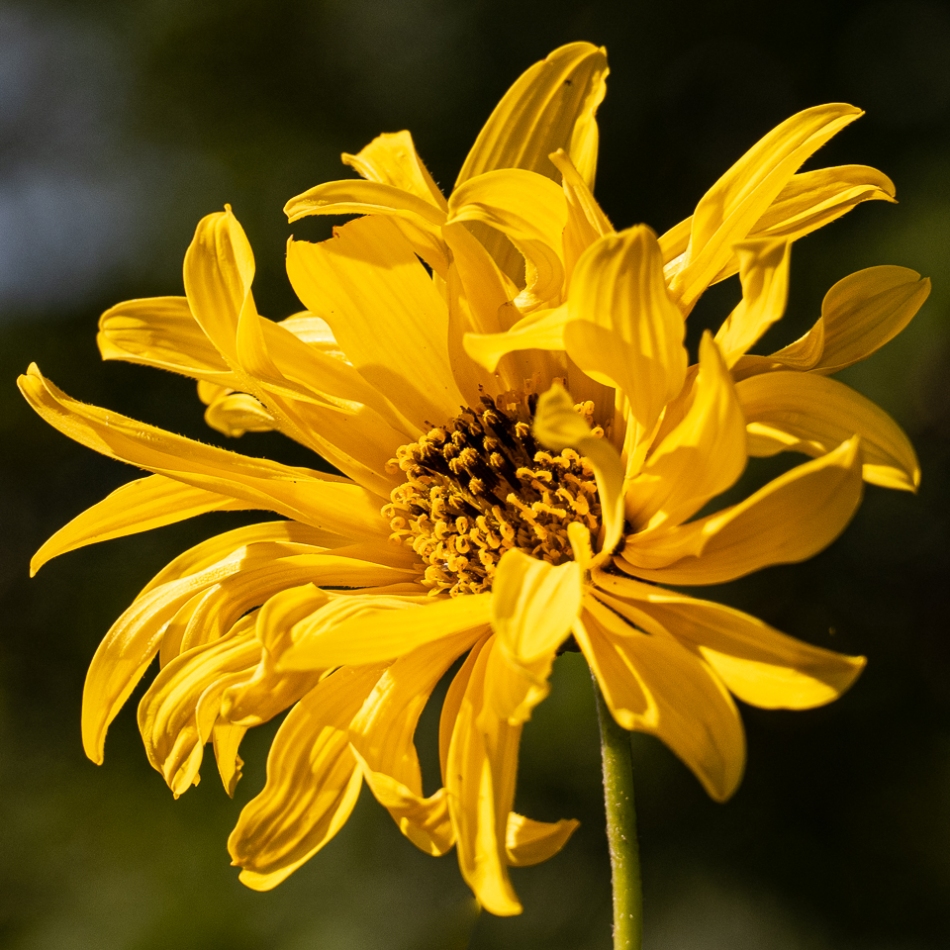