It was cold and dreary last Sunday. I missed being out with the camera, though, so I drove out to Schoepfle Garden. My favorite time to take photographs is in the morning, but it wasn’t a good time for me that day. Arriving at 3:30, I had only an hour before the park closed. It gets dark early in northern Ohio, and I had unfounded hopes that I’d have some interesting light before it was time to leave. Instead, the sun never peeped out, as it does on some cloudy days just before sunset. But. I was out in nature, and I had my camera. That combination gave me all I needed. I noticed trees I’d never really looked at before. The first three photographs here attest to how one of them fascinated me. The lack of foliage everywhere meant I could look down from the cliff to the river and see its course far better than when leaves still abounded. Other treasures found me, too.

1 This tree has been through a lot. I was sure it was dead.

2 So I looked up, expecting to see only more trunk. Hah! The tree was not dead. What a trouper!

3 Do you know Shel Silverstein’s The Giving Tree? This is a giving tree: Algae, a woodpecker hole, and the trails of bark beetles testify to its generosity. 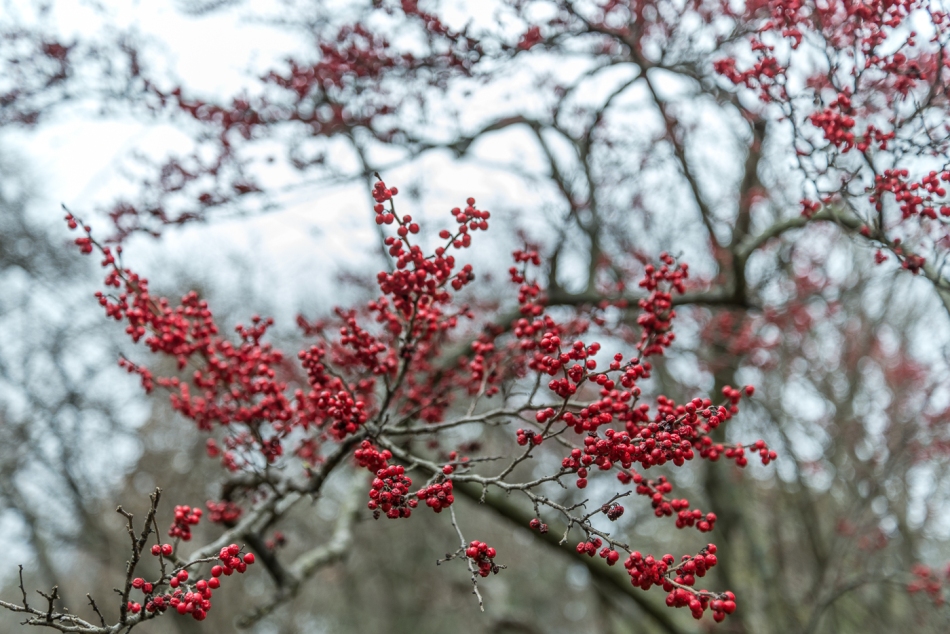 4 You know how you hear an unfamiliar word and for days afterwards you hear that word over and over? Overhearing people talk earlier in the week about Winterberry trees, I wondered what they looked like. Days later I took this photograph, then read the identifying tag: Ilex serrata, Winterberry.

5 According to its tag, this is a specimen of Cornus kousa, Kousa Dogwood “Milky Way.” I wonder if “milky way” refers to the candy bar. Where the outer bark has flaked off, the next layer resembles the nougat of a Milky Way candy bar. Ohhh, that’s probably just me; I loved Milky Ways when I was a kid. Probably someone thought the flowers and bracts among the leaves looked like stars in the sky.

6 The Back Pond, focussing on the tree reflections 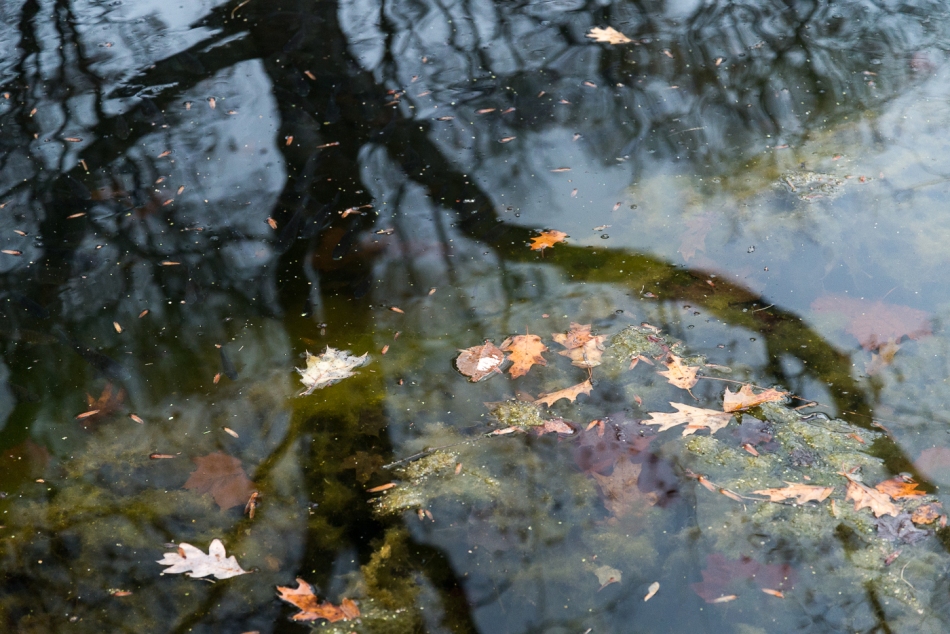 7 The Back Pond, focussing on leaves in the water. If you follow the Back Pond link, you may be happy—as I am—to know that the eagle has been removed. But now they’ve added a second aerator. (?????)

8 This old willow frequently draws my attention. (See the next five photographs from previous months and years.) 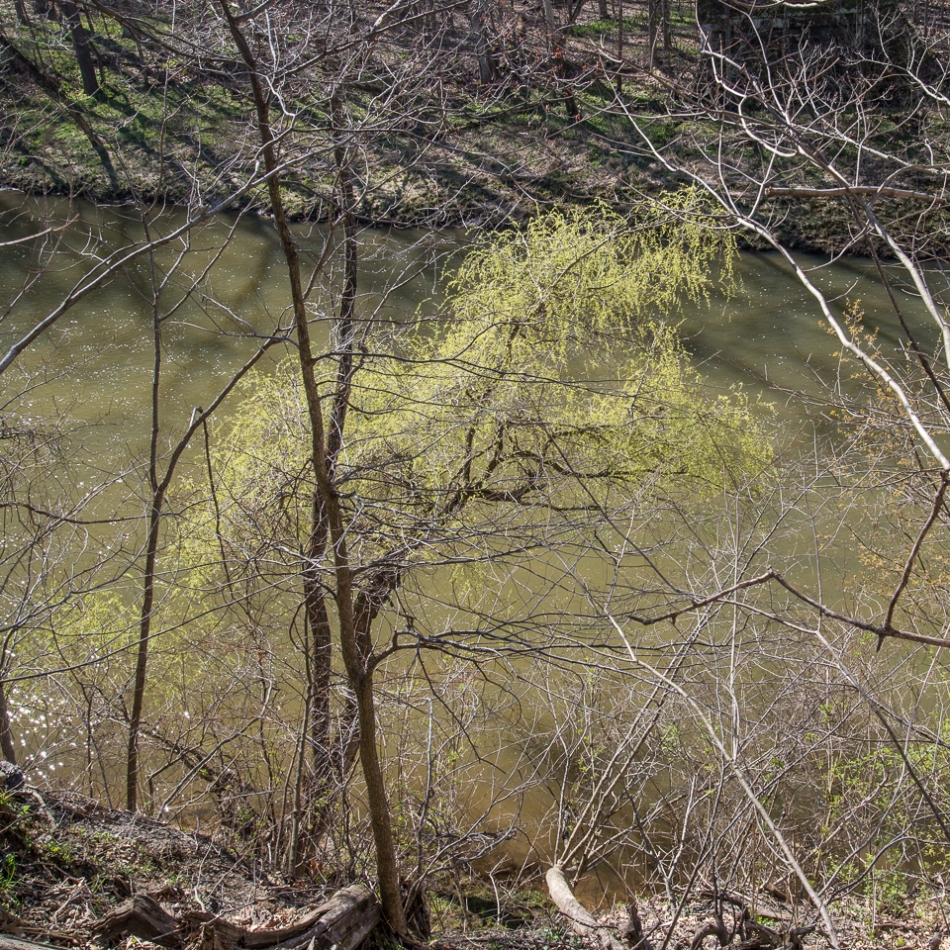 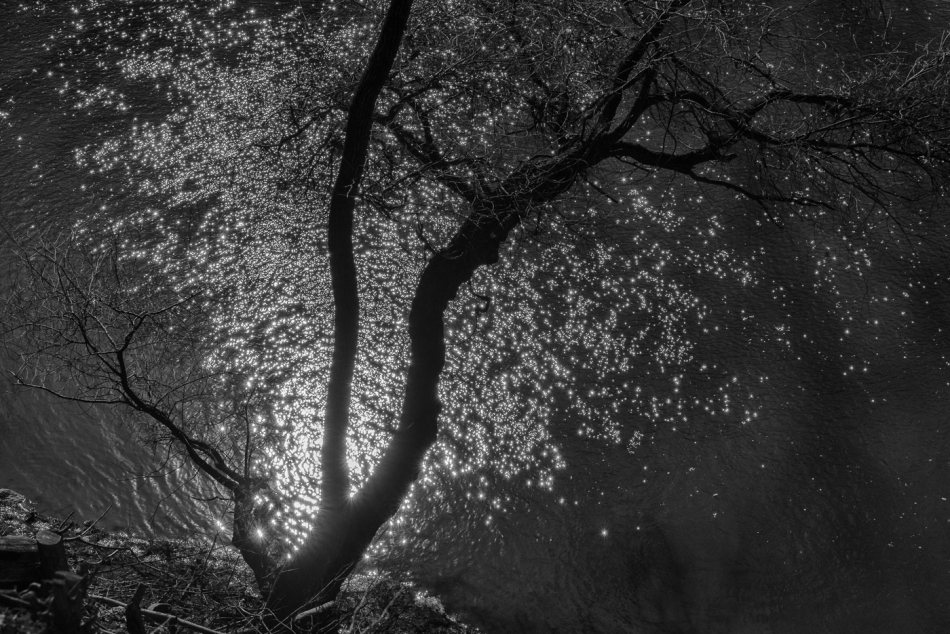 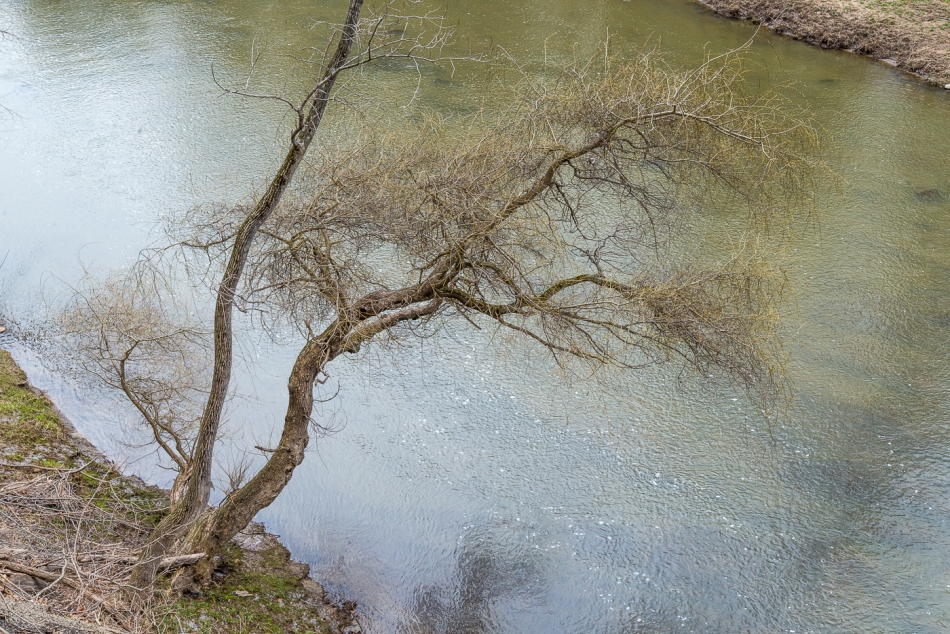 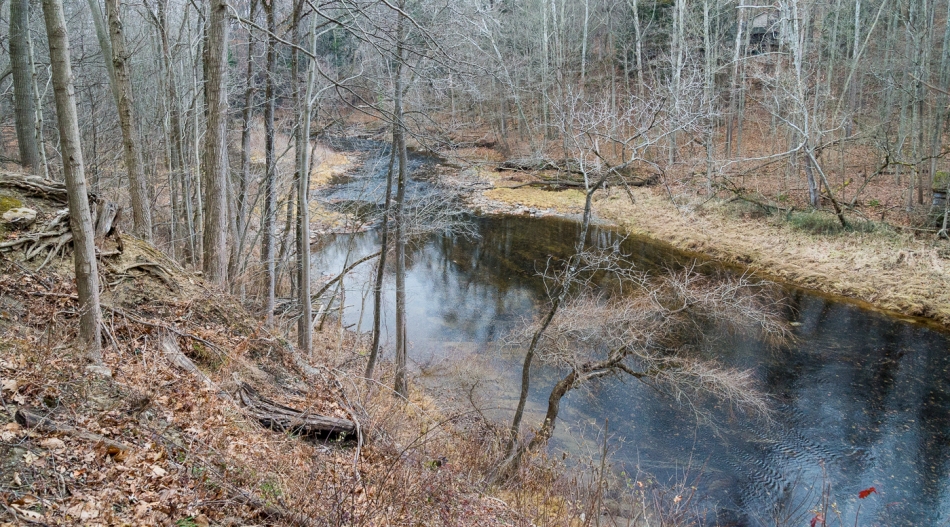 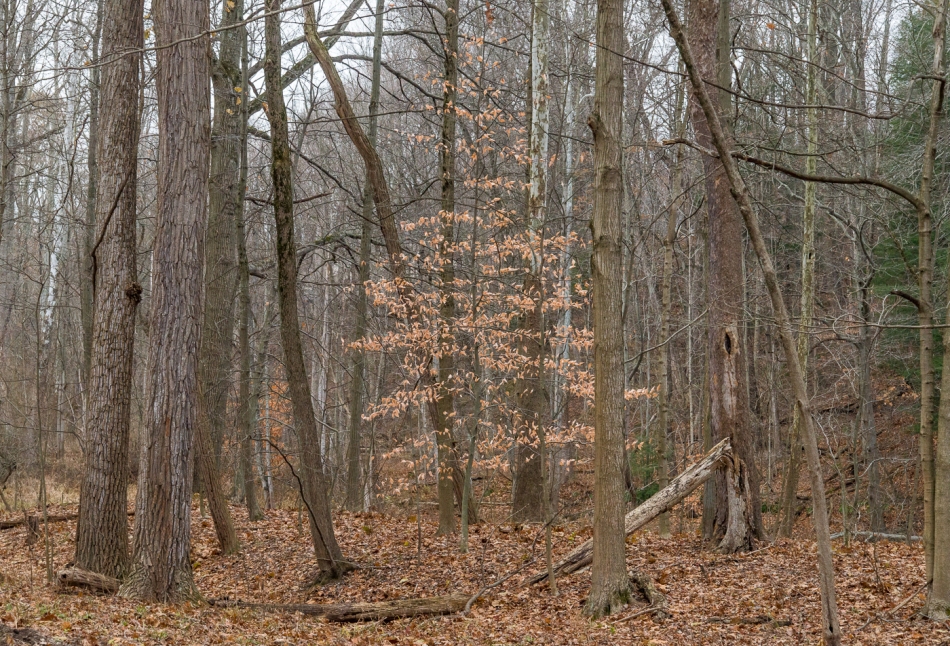 16 Beach leaves hold on long after oak and maple leaves have carpeted the forest floor.

17 The appearance of Table Rock always changes between my visits.