The site now known as the Celery Fields is a park in Sarasota County popular with birders. It features open marshlands, deep ponds, shallow pools, and canals bordered by oaks, willows, and pines on two sides. In prehistoric times, mastodons and other now-extinct animals lived there, and some of the animals’ remains are housed in the Sarasota Audubon Society Nature Center on the premises. In modern times, before the 1920s, the site consisted mainly of muck, a kind of soil that is naturally waterlogged. The muck was covered by sawgrass, and the area was known as Big Camp Sawgrass. (Camp was the last name of early owners; no one would have tried to pitch a tent on that land; sawgrass hurts . . . and then there was the muck.) In the early 1920s Bertha Palmer, matriarch of a wealthy Chicago family with many ties to the Sarasota area, bought the land, drained it, and began growing celery on it. While the celery farming was successful, these developments contributed to flooding during periods of heavy rainfall. In 1995 the county bought the property, not only to create a park but also to regulate stormwater. The Celery Fields Stormwater Retention Facility seems to have been a success in both undertakings. Here’s some of what I saw there last month.

1 For a much grander view of the area, click on the last link above. 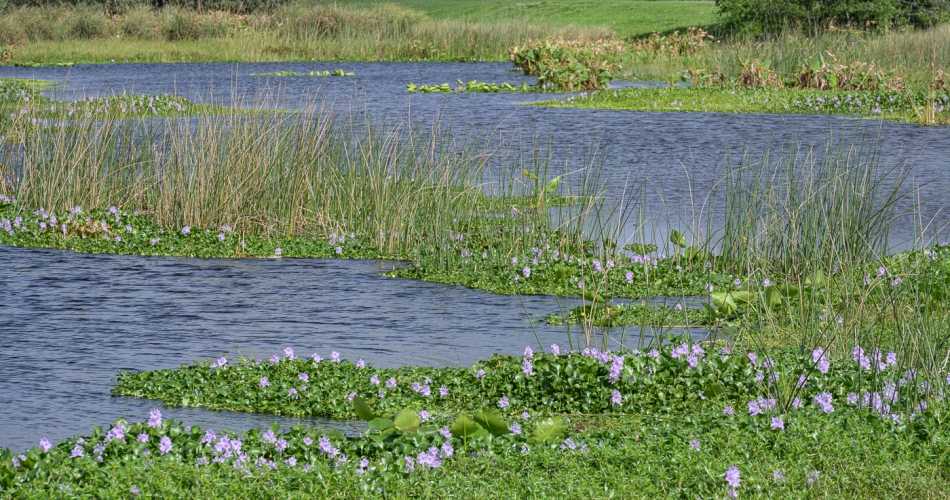 2 The water hyacinths were in bloom throughout the park. They look pretty but are vigorously invasive. 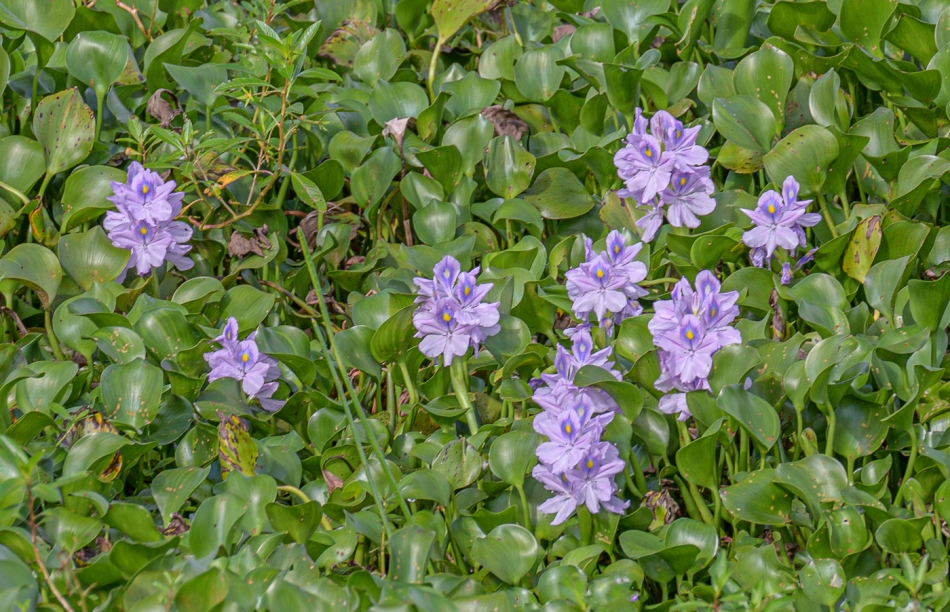 3 I had not seen the plants in bloom before and had wondered why they were called hyacinths. As I found out on this trip, the color of the flowers was a tie to “real” hyacinths, as was the way they are borne on stalks. 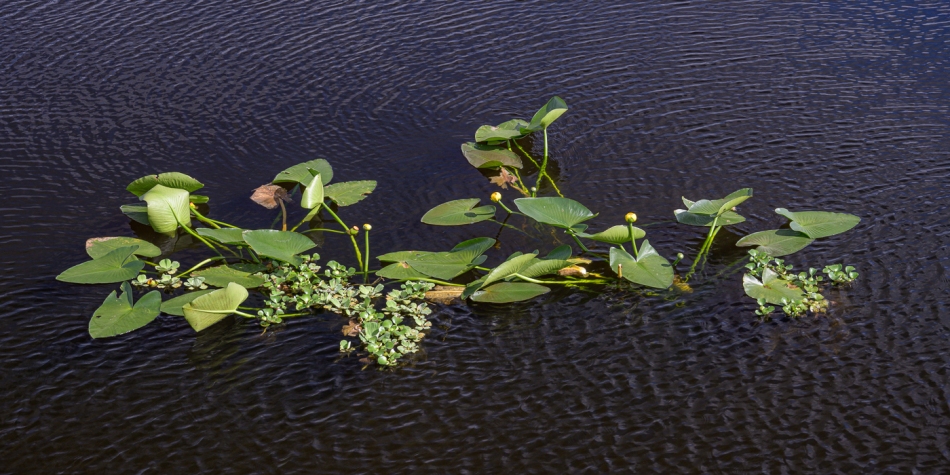 5 I was sort of hoping this was a remnant of the sawgrass that formerly blanketed the location, but my personal botanist says “a member of the sedge genus Eleocharis—one of the  spike rushes.”

6 This grass was growing outside the Audubon building in a garden of native plants. It’s Pink Muhly (Muhlenbergia capillaris), a Florida wetland grass. I forgot to photograph the identifying sign next to it, but, looking at this photo, David came to the rescue. (What would we do without him?)

7 I’m no birder, but this immature white ibis was too cool to pass up. 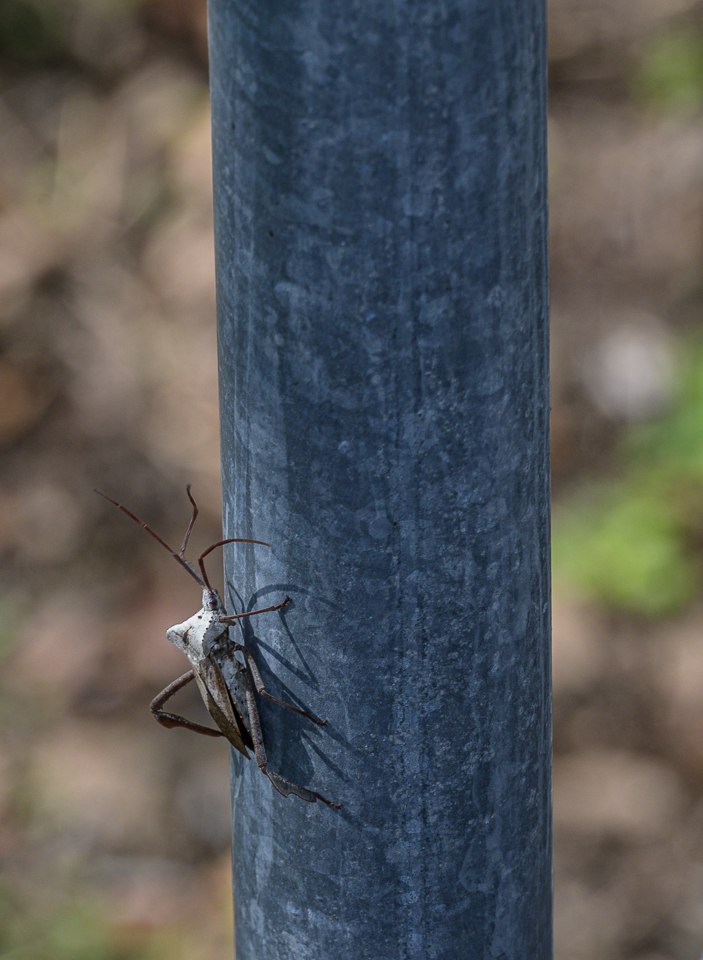 8 I’m not an entomologist, either, and have no idea who this is.

9 I’m pretty sure this is a grasshopper, but not a species we have in Ohio. At least I’ve never seen a grasshopper this color here.

10 I have seen and even photographed a grasshopper that looks like this. He’s a biggie—about three inches long.

This entry was posted on December 26, 2022 by Linda Grashoff. It was filed under Nature, Photography and was tagged with Bertha Palmer, Celery Fields, grass, grasshopper, ibis, mastodon, Sarasota.