A few weeks ago my husband and I visited my daughter and daughter-in-law in Madison, Wisconsin. This year our Wisconsinites took us to the walking trail of the nearby Holy Wisdom Monastery. We started in a woodsy area, travelled through terrain more like a meadow with trees, and finally came to the prairie.

1 Wild cucumber was in flower just outside the path through the woods. In a near-repeat of my last major outing, none of my photos taken in the woods was worth sharing.

2 I thought this might be a fruit tree because of how it was pruned, but my resident botanist said he wouldn’t go that far. He had no idea what kind of tree it was.

3 We saw many birches like this one on the grounds. 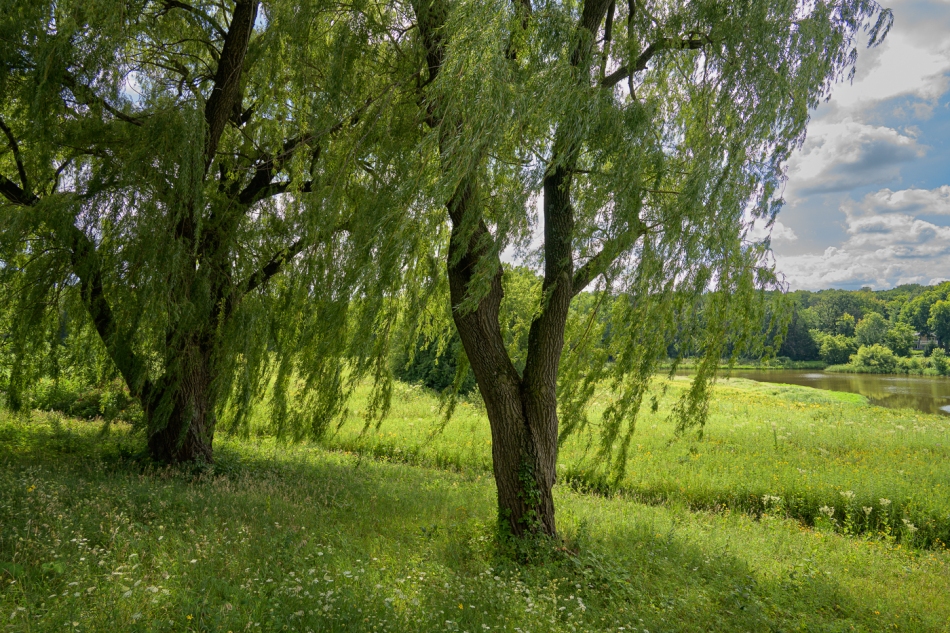 4 These weeping willows seem a long way from Lost Lake, the glacial lake you can see in the background, so they must have a good source of water beneath them.

5 A few of the willows were gigantic.

6 This one had polypore fungus (maybe Laetiporus sulphureus) growing on it.

7 Seeing this elderberry bush from afar, I thought the red parts were flowers. Instead, they are the structures that bore the flowers and now hang on to a few berries the birds have missed.

8 When we came to the prairie, the sky looked, ah, interesting. But we didn’t get any rain or even wind.

9 I was astounded by the variety of plants in the prairie. 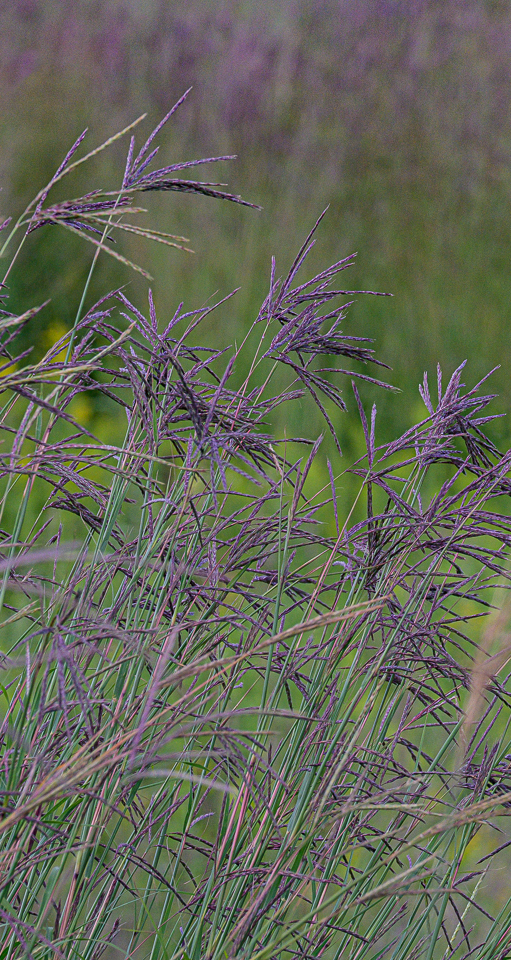 12 Big bluestem was growing throughout the prairie among plants whose names were unknown to my botanist husband.

13 The yellow flower is “some kind of composite,” he says.

15 I’d never seen many of the plants in the monastery prairie even though many, like this cup plant (Silphium perfoliatum), are said to be found in Ohio as well as the five states (Michigan, Pennsylvania, West Virginia, Kentucky, and Indiana) that border Ohio.

16 This purple-flowered plant is another one whose identity stumped David. 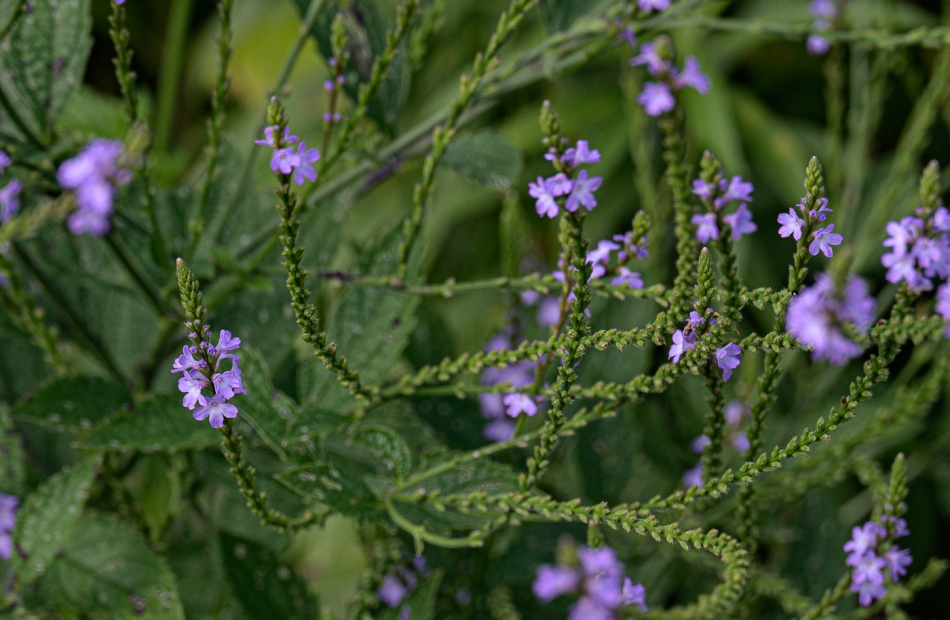 17 This purple-flowered plant, clearly related to the one in #16, was equally baffling.

18 Here’s another stumper. “I really don’t know that much about prairie plants,” David had to admit.

19 Pretty much everyone might agree that this is a grass. But which?

21 If this is Hill’s thistle (Cirsium hillii), it is a Wisconsin Threatened and Federal Species of Concern plant. How nice that many specimens were flourishing at the monastery.

This entry was posted on September 4, 2022 by Linda Grashoff. It was filed under Nature, Photography and was tagged with bluestem, grass, Holy Wisdom Monastery, prairie, wildflowers, Wisconsin.