Meeting an Old Friend for the First Time

Tuesday was special: Mic. and I and our spouses met up at the Hurdle Waterfowl Park in Ohio’s Ashland County. Although we’d left comments on each other’s blog for years, we’d never met. What a pleasure to do so. The weather was as agreeable as the company. Four hours sailed past like minutes. Here are my mementos from the day. Mic. has posted his photographs at Landscapes and Other Abstractions. You must take a look.

1 As you would expect in a waterfowl park, much of the property was in ponds and other wetlands.

2 The only waterfowl we saw, however, were some Canada geese on the other side of one of the ponds. 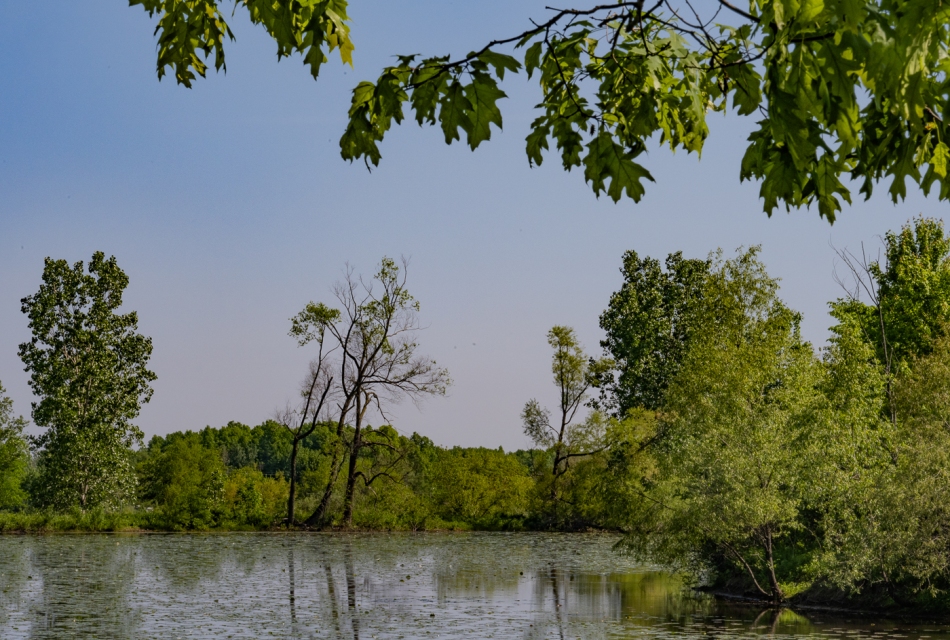 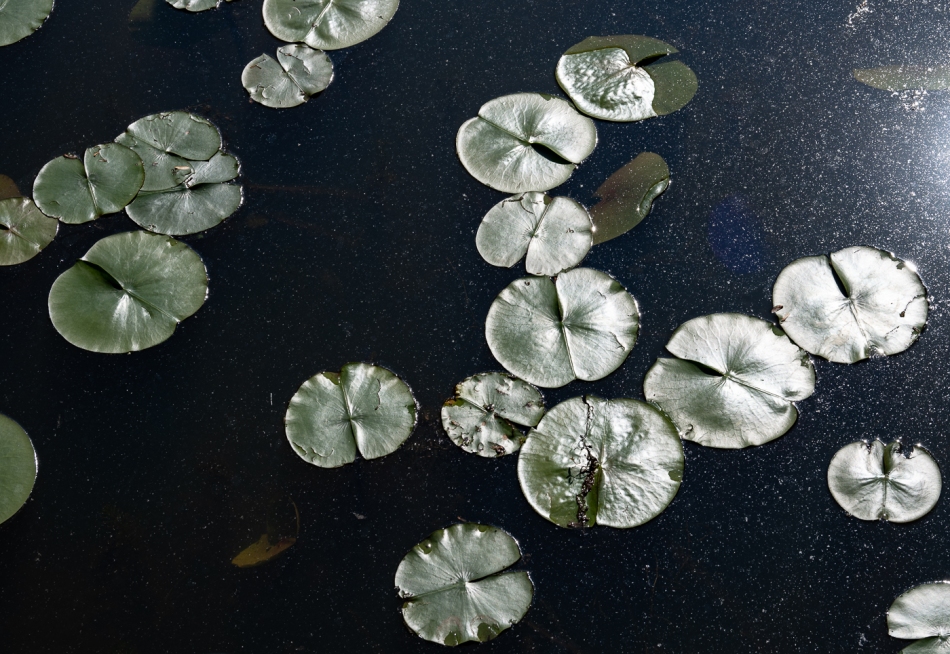 4 Sun angling in on these water-lily pads made them look metalic. 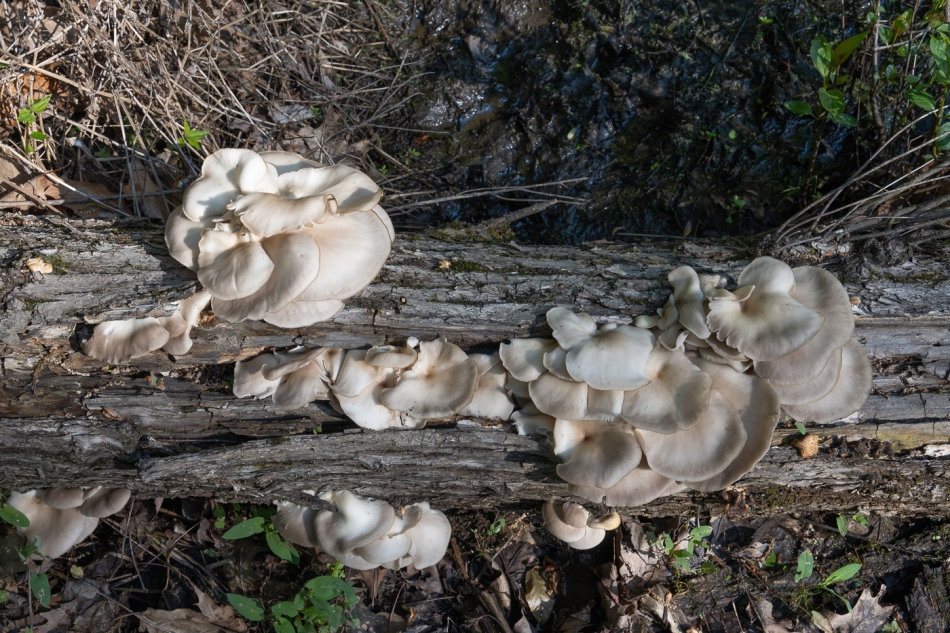 5 I saw two kinds of oyster mushrooms in the park. These are Pleurotus ostreatus. 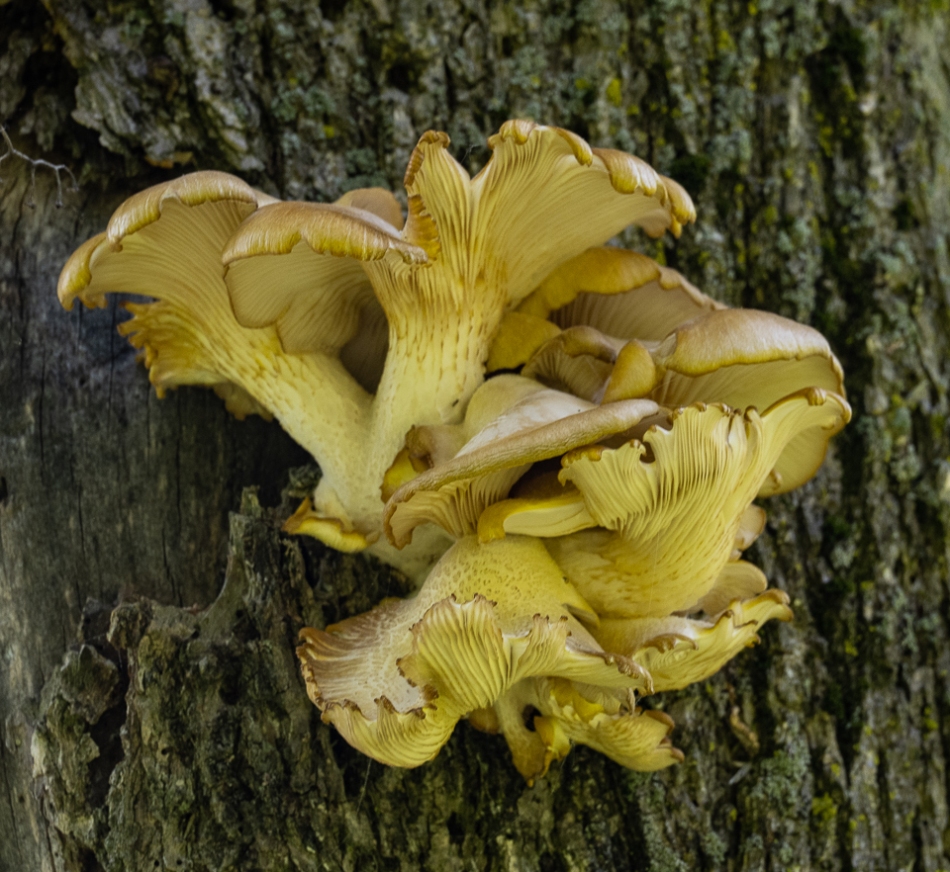 6 This is the golden oyster mushroom, Pleurotus citrinopileatus. 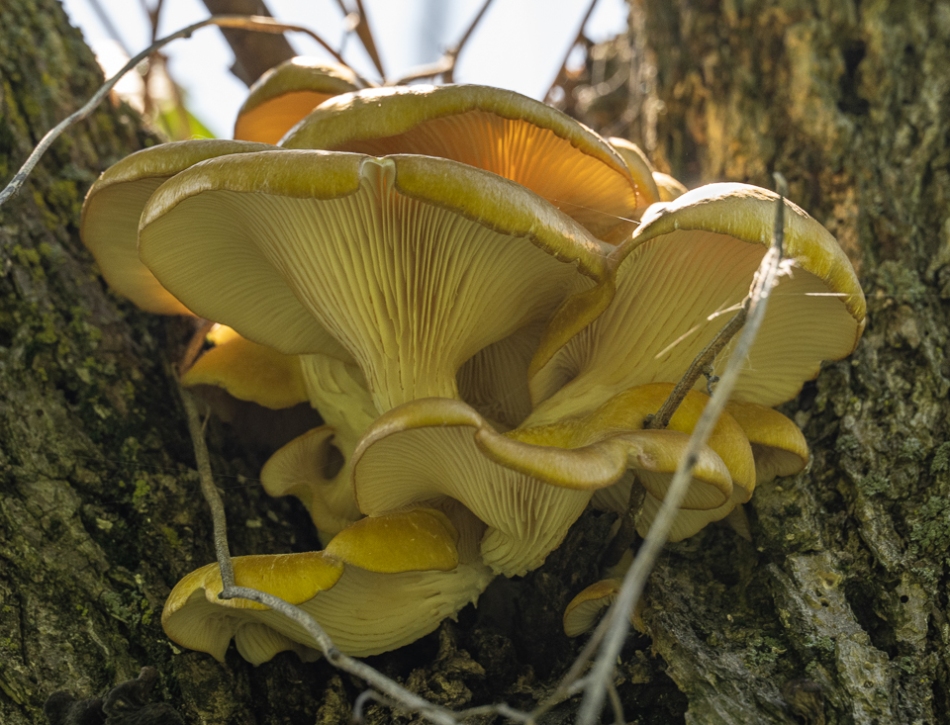 7 I should say that I’m pretty sure these are oyster mushrooms. I did not take their spore prints or key them out. 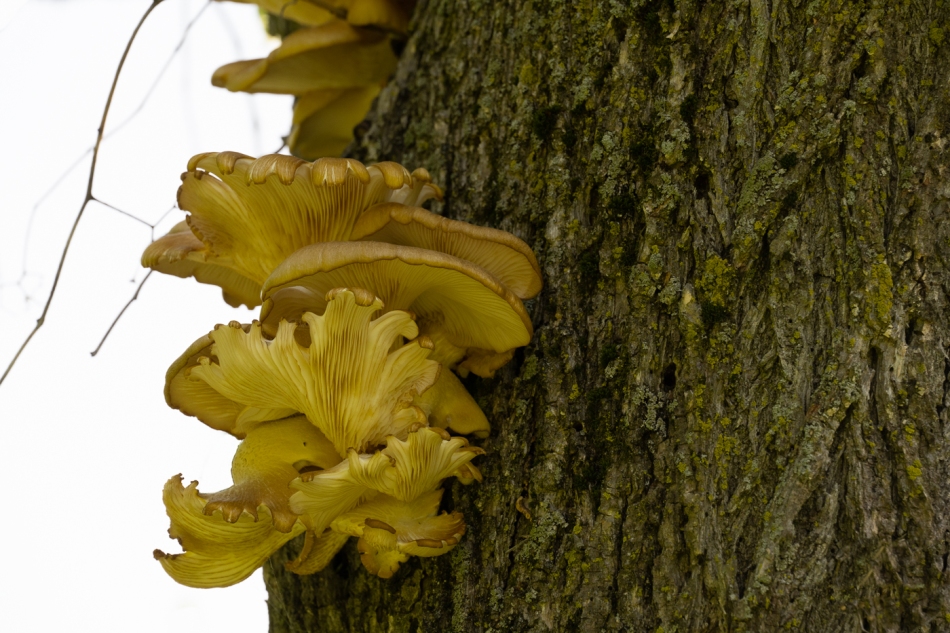 8 The golden oysters were a bit past their prime, as the edges on these attest. I don’t know if the ragged edges are from drying out or from being eaten by beetles.

9 I thought at first that this formation in one of the ponds was a film of Leptothrix discophora, which I’d seen in a small stream in the park, but it doesn’t look quite right. It’s not iridescent. The orange floculate indicates that some kind of iron bacterium is present, though. 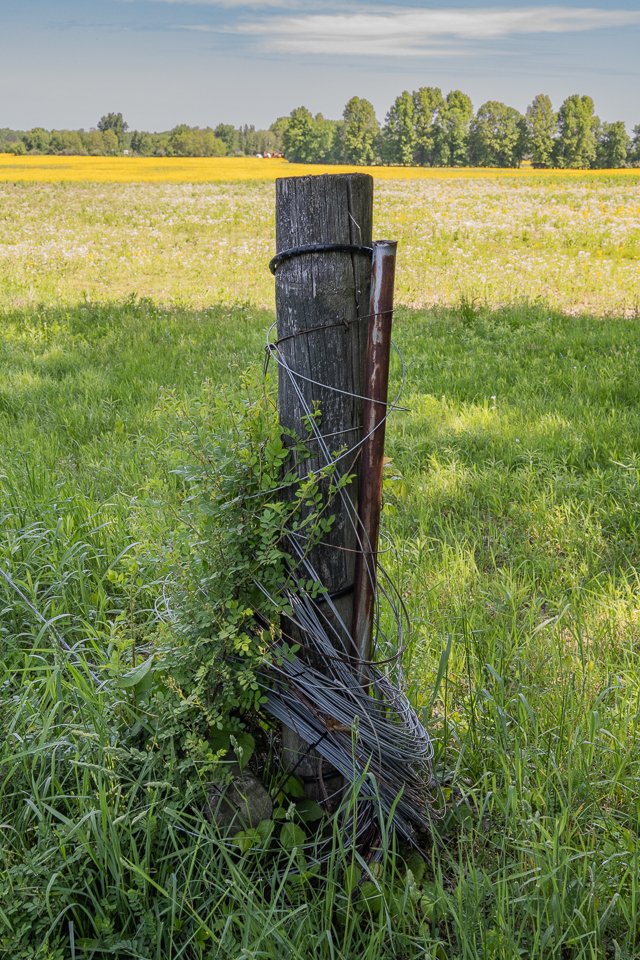 10 We saw traces of former farm life throughout the park.

11 Once part of the functioning built environment, these boards—possibly a sign—have been reclaimed as a substrate for lichens.

12 An old corn crib on the property has been repurposed as a shelter and fitted with picnic tables.

15 We had almost reached the parking lot when I saw this assassin bug. “I don’t know why I like assassin bugs so much,” I said to Mic. He had a ready answer: “Because they’re iridescent.” I guess he knows me.

Correction: My friend Lynda wrote a few hours after this post went live, “Your green bug is a Six-spotted Tiger Beetle or Cicindella sexguttata. Don’t mind me but I’ve seen quite a few tiger beetles so I recognized it right away.” Gulp. I just Googled “assassin bug,” and saw a lot of insects that are not my green iridescent one. Thanks, Lynda. Sorry if I led you astray, Mic.

This entry was posted on May 29, 2022 by Linda Grashoff. It was filed under Built Environment, Nature, Photography and was tagged with assassin bug, corn crib, Hurtle Waterfowl Park, iron bacterium, lichen, mushrooms, pond.