A Little Wandering in a Little Snow

There wasn’t much snow in Oberlin last Sunday morning, but driving south out of town, I began to see where it had fallen and stuck to trees. The day was cloudy, and I hoped the sun would stay away until I was able to photograph some of the outlined branches. I needn’t have worried.

1 Decorated with leaves, the directionality of these shrubs may not be noticeable. 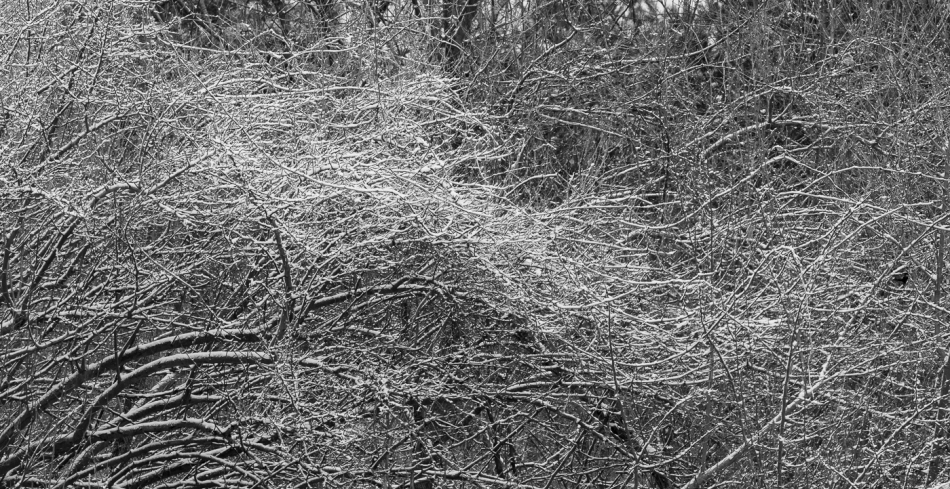 2 The horizontal branches were best at holding on to the snow. 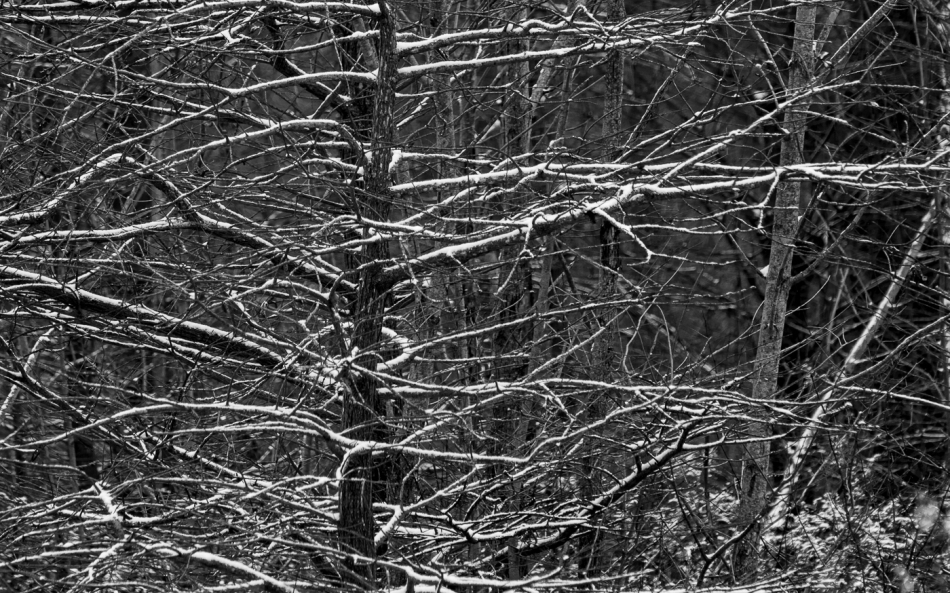 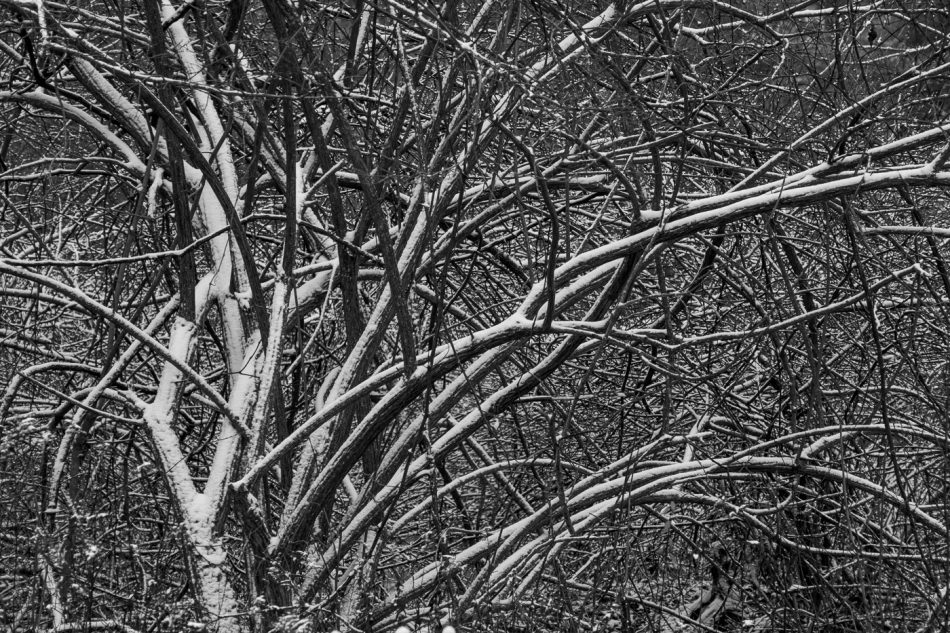 4 But some more-vertical branches did just fine.

5 Even tiny twigs were festooned. 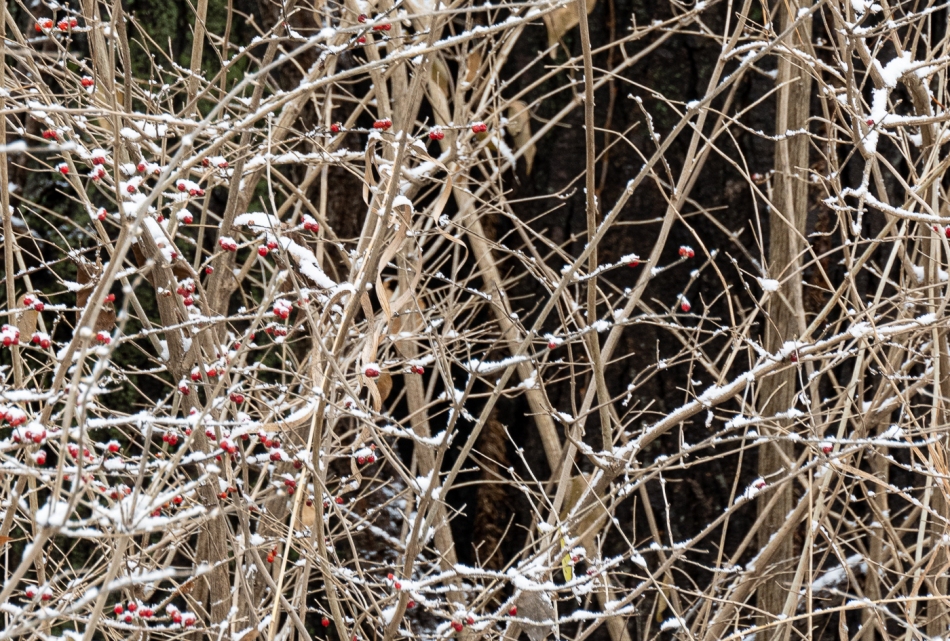 6 I didn’t see the red berries until I looked at this photograph on the computer. This is a close crop of the original frame.

7 Miles and miles were dusted in snow.

8 And always the horizontal branches called to my camera.

9 The beech trees, with their orange leaves—those hangers-on—brought some brightness to the day.

10 Not far from the beeches were some oaks, displaying the same hanging-on behavior and color.

11 When I came to a long row of trees at the edge of a field, I was pretty sure they were osage oranges. In centuries past, farmers planted osage orange trees as a barrier—a living fence—to keep farm animals in and predators out. Accounting for their efficacy is their steely thorns and readily produced suckers. While the advent of barbed wire in the 1880s slowed the planting of osage orange fences, modern farmers and others can find much advice online for how to plant these fences today. I say that seeing the line of trees gave me the clue that these were osage oranges; seeing the (inedible to humans) fruit on the ground clinched the identification.

12 A sure sign that I had arrived in Amish country was this cornfield with traditional corn shocks. 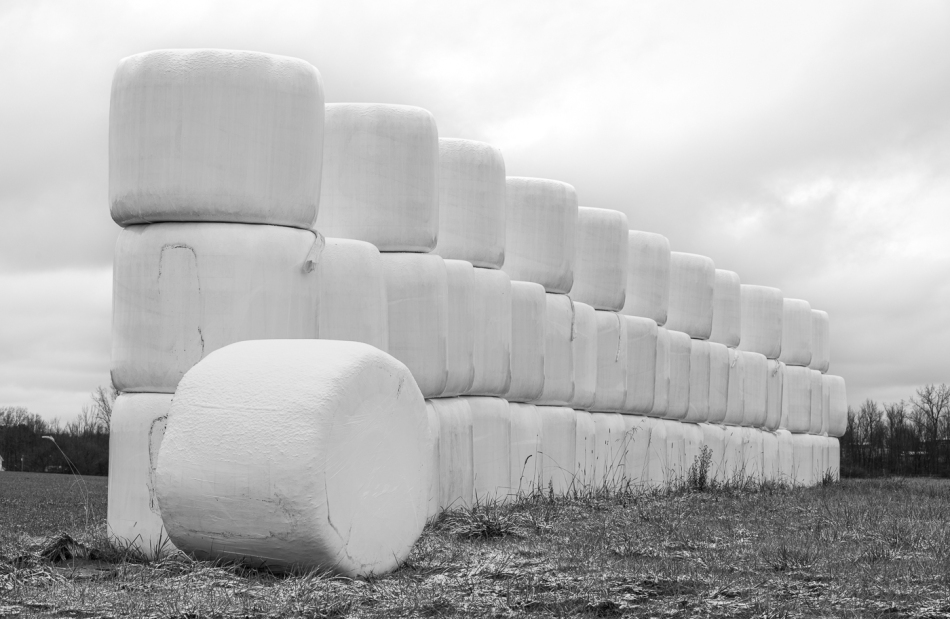 13 The Amish also have a traditional way of stacking their hay in the fields. But this isn’t it. Hay gathered into giant-marshmallow bales is not as attractive but is “higher in protein and more palatable for livestock than dry hay,” according to the Iowa Agriculture Literacy Foundation.

14 Most of the windmills we see around here are broken and abandoned. This one looks intact, but I can’t tell for sure whether it’s working; I don’t see a pipe where the water would come out.

15 A closer look at the business end of this windmill reveals its manufacturer, the Aermotor Windmill Company, which sold its first windmills in 1888. The company still exists. A YouTube video shows how an Aermotor windmill is made. 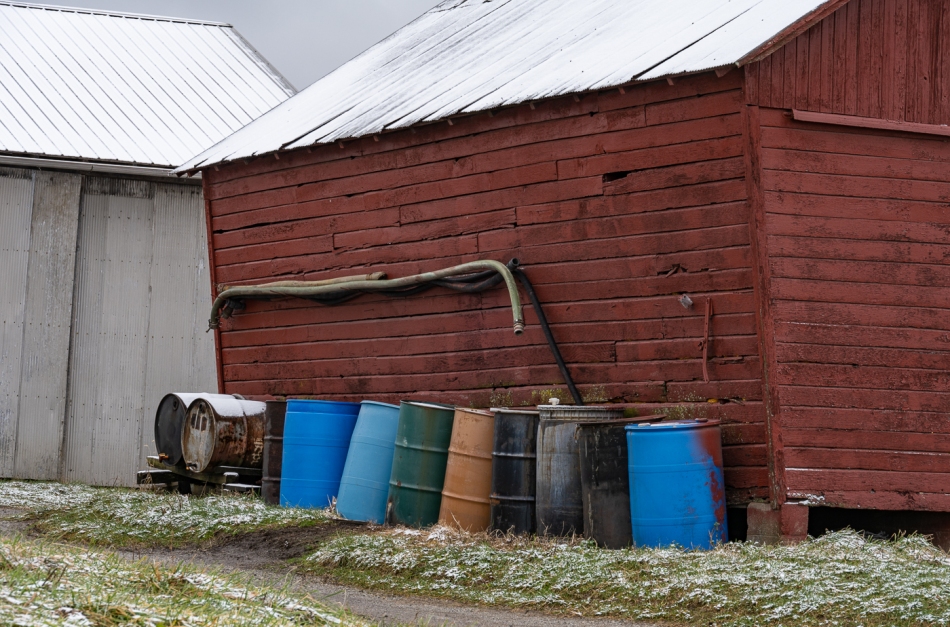 16 This is a colorful farmyard mystery to me.

18 And some show decided signs of life.

This entry was posted on December 26, 2021 by Linda Grashoff. It was filed under Built Environment, Nature, Photography and was tagged with Amish, farming, laundry, ruins, snow, windmill.