In January 2005 I accompanied my husband and 10 Oberlin College students to Japan. We were there three weeks—they to study land use, and I and my camera to drink in whatever we could. While our group saw sewage-treatment plants and fish farms and such, we also visited tourist attractions, including these two Shinto shrines.

1 Aoshima is a small island off Kyushu with an unusual shoreline. In English it is known as The Devil’s Washboard, but I don’t know if that is a translation from the Japanese. If I remember right, the island itself—rather than something on the island—is considered sacred. Shinto shrines are identified by their torii gates, the orange structure in this photograph.

2 On this day the waves were strong. 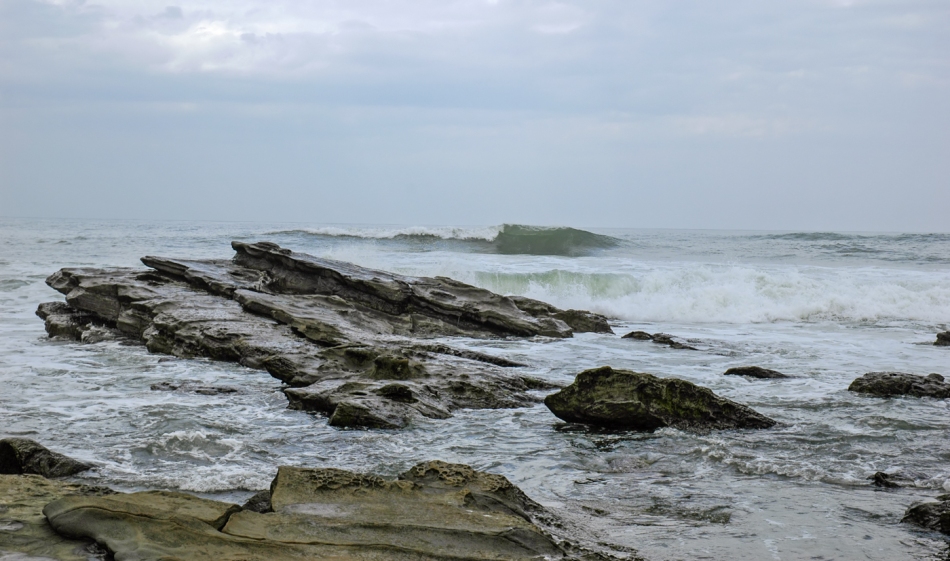 3 It was low tide when we arrived, so these rocks stay at least partially submerged.

4 I could have spent days just photographing the rocks.

5 The erosion alone is fascinating. I’ve seen photographs of rocks similar to these taken in other parts of the world. Thanks to Steve Schwartzman, who commented recently, I now know that these rock formations are called tafoni. 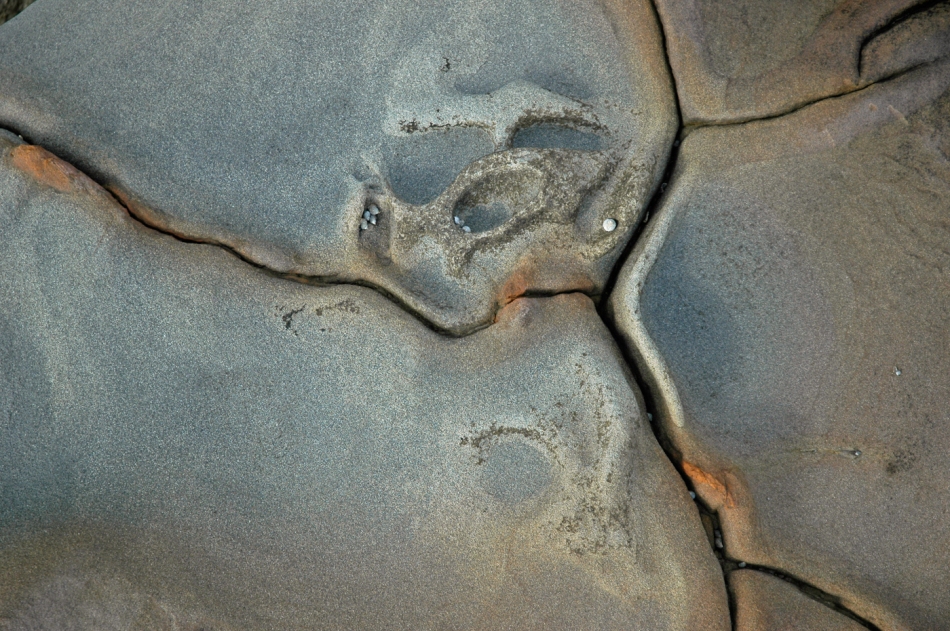 7 Iron nodules like this are embedded in the sandstone along Ohio’s Vermilion River. 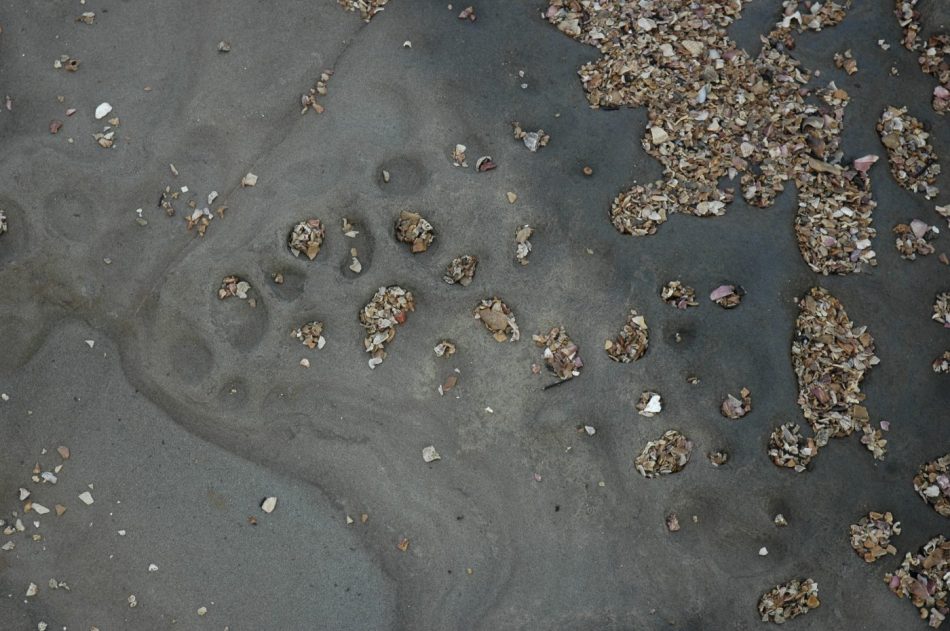 10 Some depressions are nests for smaller rocks.

11 Thousands of torii gates wind around the Fushimi Inari Shrine in Kyoto. The beautiful Japanese characters on some of the gates give the names of corporate sponsors. I prefer to think that they are poems. 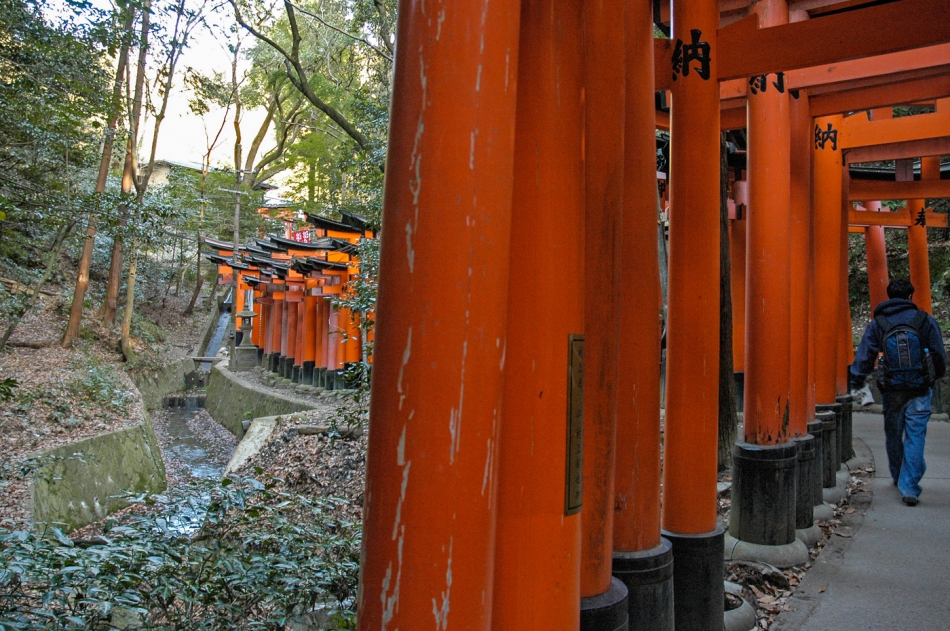 13 We arrived shortly before sunset, which offered interesting shadows.

This entry was posted on July 5, 2020 by Linda Grashoff. It was filed under Built Environment, Nature, Photography, Stones and Rocks, Water and was tagged with Japan, Kyoto, Kyushu, tafoni, torii gates.