The first time I go to Sarasota’s South Lido Park after being in Ohio in the summer I always check on a special stump. It’s a squat shape, truncated long before I ever saw it for the first time 10 years ago. It’s probably an old Australian pine, of which there are many in this park. Some have died natural deaths, and some have been removed forcibly because they don’t belong there, their invasion playing havoc with Florida’s natural vegetation. Because of its shape, I’ve named this stump R2D2; it reminds me of  the robot in the Star Wars movies. This year its coloring, though still subtle, seems more pronounced. 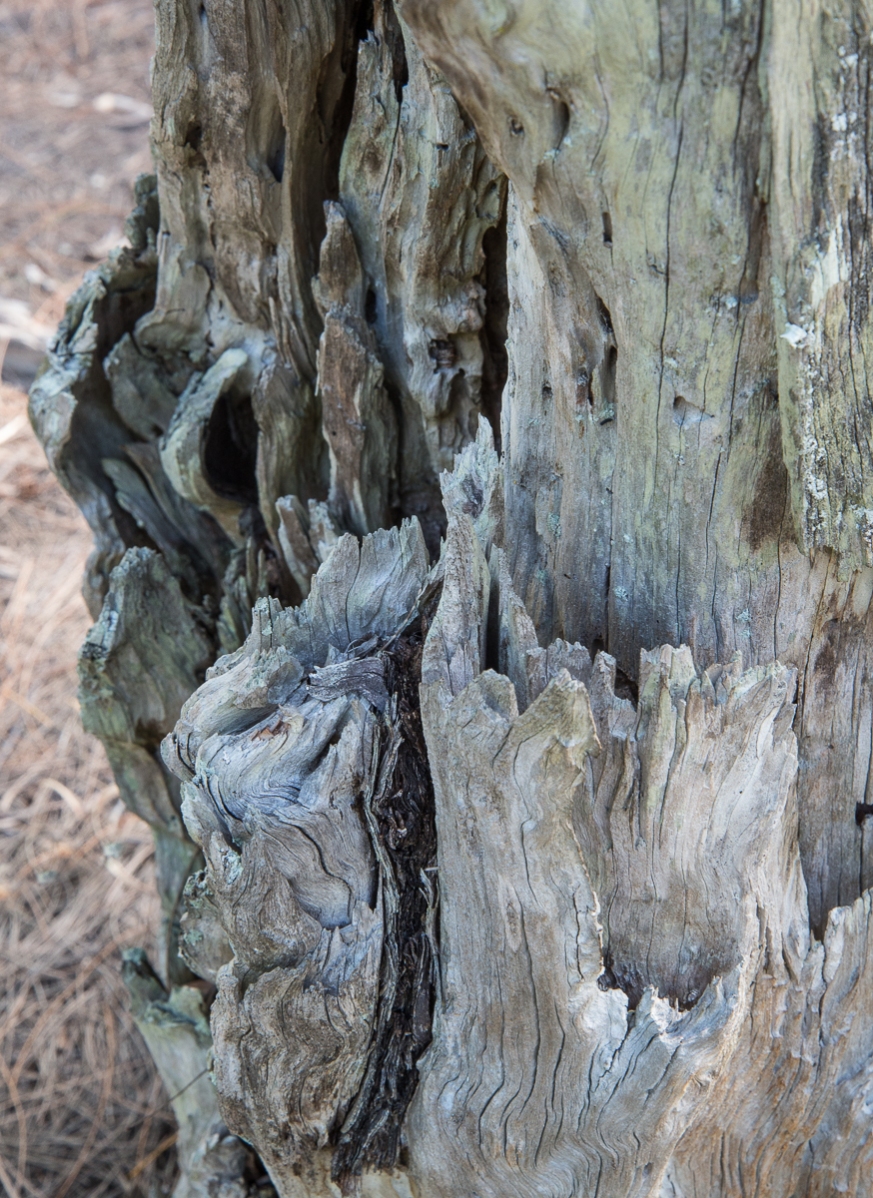 This entry was posted on November 29, 2014 by Linda Grashoff. It was filed under Nature, Trees and was tagged with Australian pines, dead trees, Florida, invasive, nature, photography, R2D2, Sarasota, South Lido Park.