The third park I visited during my Florida interlude was Red Bug Slough. It’s a place I’d visited several times but never connected with well. This time felt different, and I came away with some good visual memories.

1 It had rained recently, so the Resurrection Ferns (Pleopeltis polypodioides) were unwrinkled.

2 People who live in the South may get used to seeing Spanish Moss (Tillandsia usneoides) hanging from trees and even power lines, but It’s always interesting to me.

3 Old oak trees tend to be drenched in this plant.

5 I don’t know whether this grey tree is dead or merely sheds its leaves seasonally.

6 This tangle of bare branches looks dead to me, but is it?

7 I couldn’t identify this bird as an immature Little Blue Heron (Egretta caerulea), but my friend Lynda could. He’s about two feet tall. 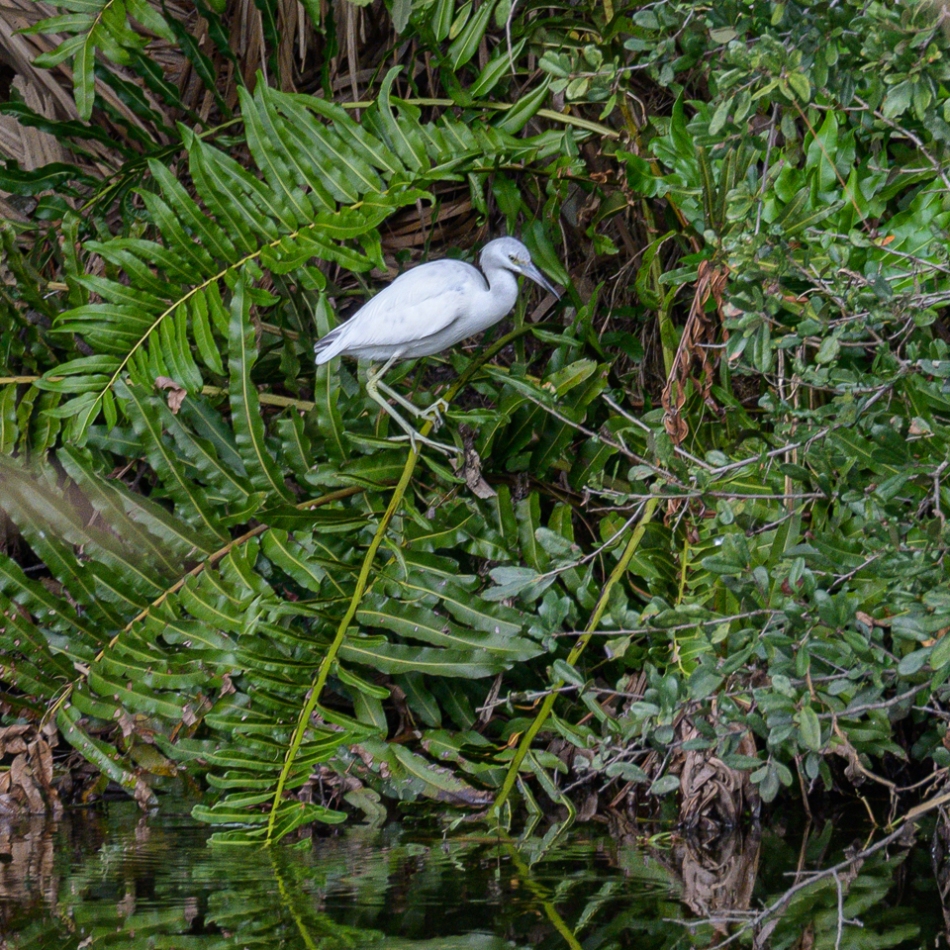 8 He looks much smaller standing on a frond of these Giant Leather Ferns (Acrostichum danaeifolium).

9 Later he or his cousin flew to a platform where Lynda and I were looking at turtles.

10 Superficially, juvenile Little Blue Herons resemble Great Egrets (Ardea alba), but the colors of their beaks and legs are different.

12 Red-Eared Sliders (Trachemys scripta elegans) were just one of the turtle species we saw. Unfortunately, they’re invasive, too.

13 I give up trying to ignore squirrels who pose for me.