Close to Home—and an Excursion

These days several disasters have been claiming my attention: 1) the worst one: the one we are all dealing with now, 2) corrupted photograph files on an external hard drive, and 3) a burst pipe and subsequent flooding in our cottage. I’m happy to say that the second disaster turned out, I think, to be not much of a disaster after all. I’ve cloned all the files to a new hard drive and checked all the photos from 2001 through 2011, finding only nine corrupt files, all in the folder for 2005. None was a serious keeper, and I deleted them. I’ll keep checking the rest of the files, just in case, but meanwhile I am much relieved. The third disaster, the most  recent, ruined three large prints kept under the bed and the mats of two framed medium-size prints along with a very large drawing. We are living in chaos until all the flooring is replaced and things—rescued from the flooded rooms and relocated to the unflooded room—can be set to rights. As for the first disaster, I’m coping, as are we all, more or less.

All this is to say that I haven’t been out with the camera much lately. But here are four photographs taken in my neighborhood in May and downloaded to the new hard drive. The fifth photo is from a mid-June drive in the country. My locked-down community has begun what it calls a soft opening that allows such drives (as long as we don’t exit the vehicle). After I tame the chaos a little, I hope to take more such outings. 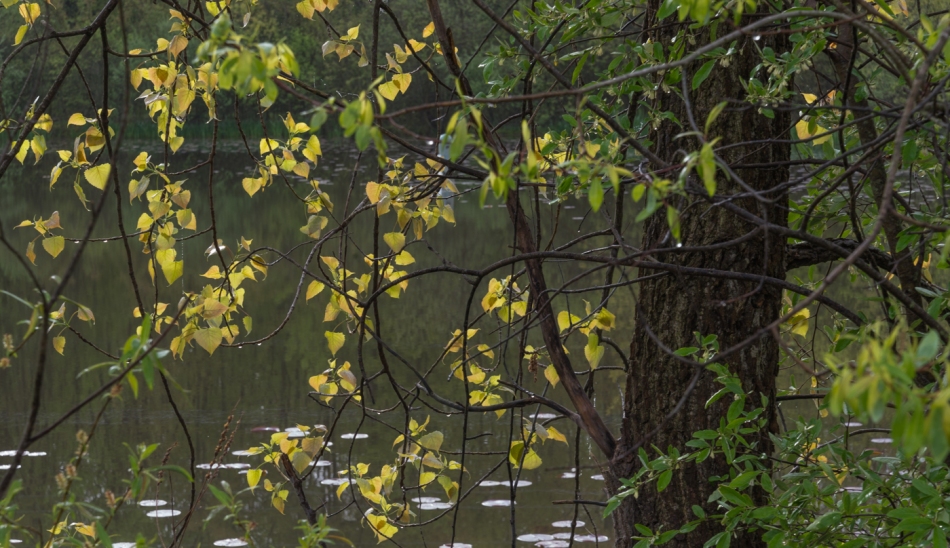 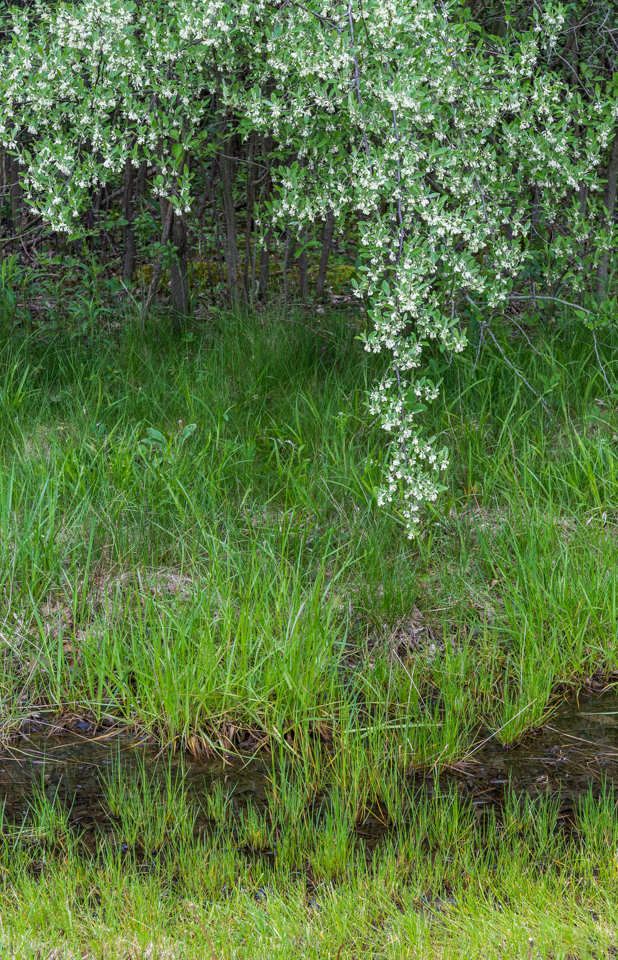 This entry was posted on July 12, 2020 by Linda Grashoff. It was filed under Nature, Photography, Vehicles and was tagged with barn, Dodge truck, Island Pond, Kendal at Oberlin, Perimeter Ditch, spider web.